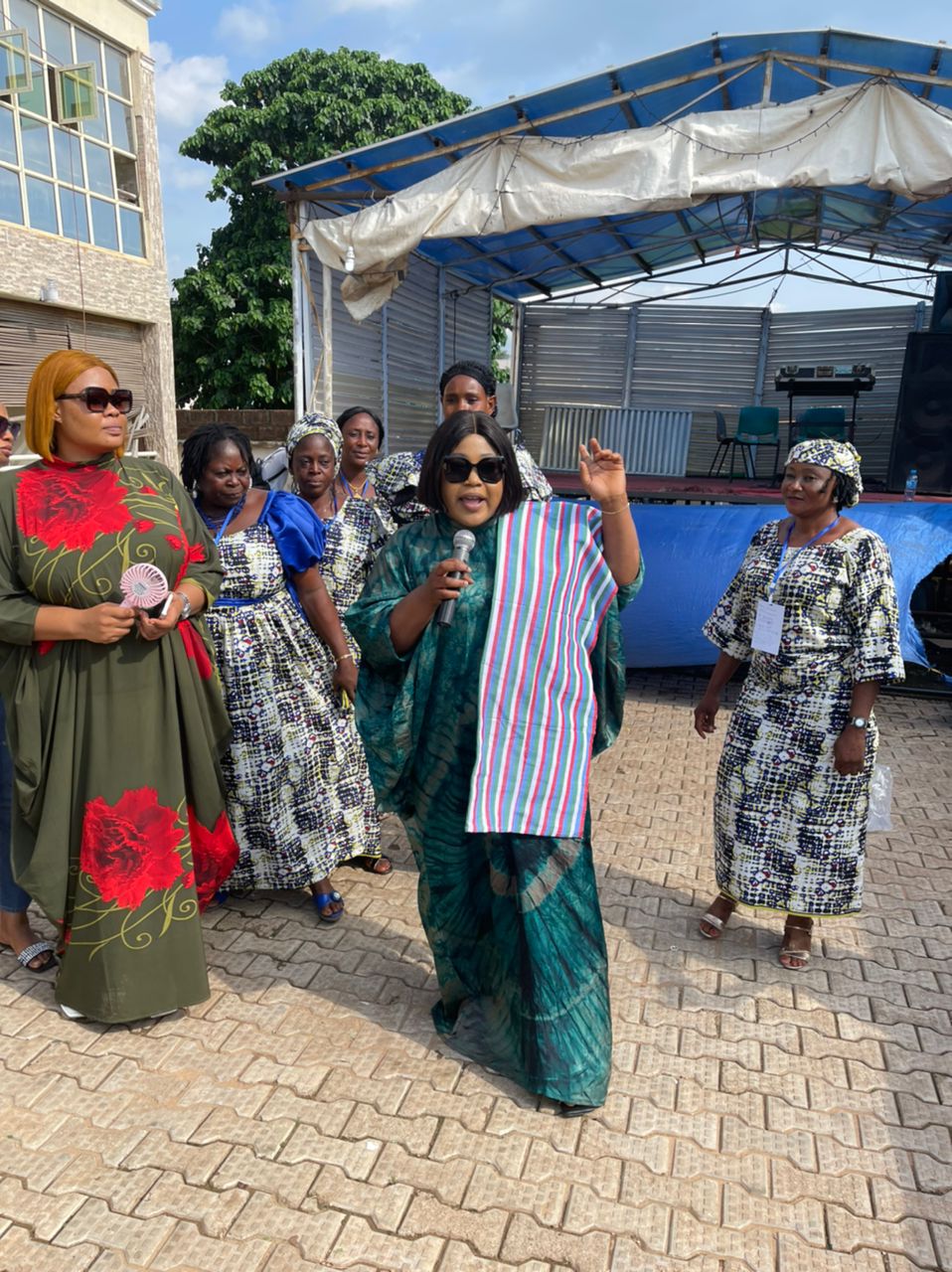 Former Senate President, Senator Ameh Ebute, has called on the leadership of all political parties, especially the ruling All Progressives Congress (APC) to give more women opportunities to lead at various leadership positions.
Senator Ebute, specifically expressed confidence in the capacity of a House of Representatives aspirant Hon. Linda Ene Agada to give a good representation and restore hope to her people.

Speaking at the official declaration to contest the Federal House of Representatives seat for Ado /Okpokwu /Ogbadibo Federal Constituency in Benue state, by Linda Ene Agada, the former Senator said “it is about time women should be given the chance to lead.
“For me, I believe that with Ene Agada as the representative of the people, leadership will be fully restored to the people.”
In her declaration message, Agada said if given opportunity she will focus on the empowerment of Girl-child, women and creation of wealth for her constituents.
In a statement released Friday in Abuja, after the declaration ceremony at her constituency headquarters in Okpoga, Thursday, the aspirant also promised to eleminate poverty and make life more meaningful for the people.
While appreciating the first lady Dr. Aisha Buhari, for constantly fighting for the right of Nigerian women especially the APC women, Hon. Agada said the party’s constitution has now recognised the place of womenfold with the 35 percent affirmative action.
She, however appealed to thousands of APC supporters who thronged out to receive her to always have Aisha Buhari in prayers for her zeal, commitment and sincerity in uplifting the fortune of the Nigerian woman.
On her mission to bring meaningful development to her constituency, Agada said: “Since the inception of the Enone Federal Constituency, men have been our representatives without meaningful development but my coming on board will attract Federal government presence in the three local governments that made up the Enone constituency.”
Also speaking at the declaration eve, a former Chairman of Ado Local Government, Hon. Mrs Onma Ogenyi, expressed optimism that Linda Agada will be a good representative based on her commitment to the party and support to the community over the years.
She emphasised on credible leadership, sincerity of purpose and dedication to service, a quality she said only Agada posseses among other aspirants.
She appealed to APC members and delegates across the three LGAs to give woman a chance “especially now that it has become official for women to fill in thirty five percent of political offices in the APC.”
For Onma Ogenyi, she described Linda Agada as the liberator of the Enone women who is the race to uplift their wellbeing.
Another former House of Assembly member and former Chairman Okpokwu Local Government Council, Hon. Olofu Ogwuche thanked the aspirant for her declaration at the Constituency headquarters which has been neglected by others.
He pledged the support of the Okpokwu APC for the thirty five percent affirmative action for women as enshrined in the party’s constitution, even as he expressed confidence in the capacity of Linda Ene Agada to take the people to the promise land.
In his remark, a former governorship aspirant under the platform of the APC in Benue state Comrade Okpokwu Ogenyi canvassed for more women to fill in the thirty five percent offices set aside for women.
He said with Linda Agada as a candidate of the APC “victory is sure for the party.”
The Human Rights Activist who is a close associate of the aspirant assured the people that Linda Agada has all it takes to represent the good people of Ado, Okpokwu and Ogbadibo Federal Constituency at the green chamber.