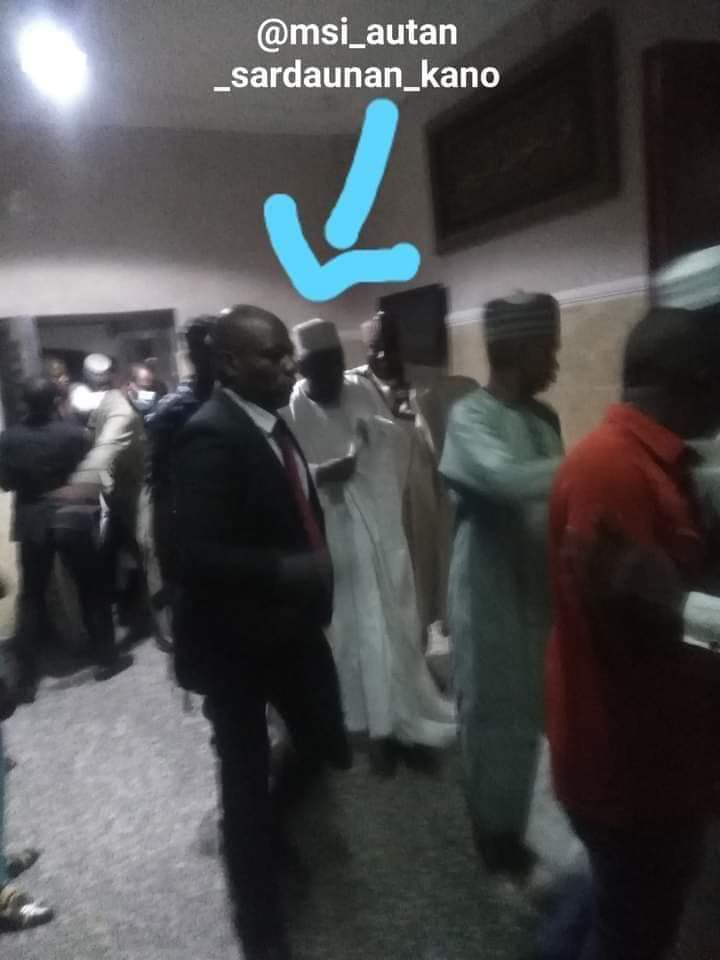 Governor Umar Abdullahi Ganduje of Kano State has visited former Governor of the State, Ibrahim Shekarau to dissuade him from dumping the All Progressive Congress (APC)

The visit is coming against the backdrop of speculation in some quarters that Senator Shekarau was planning to join the New Nigeria People’s Party, (NNPP).
Aggrieved Shekarau recently lost out in the legal tussle with Ganduje over the leadership of the APC in the State.
The Kano Governor is said to be panic stricken over the new possibility of a political understanding between Kwankwaso and Shekarau two former Governors of the State.
Shekarau was said to have returned to Kano alongside Senator Rabiu Musa Kwankwaso, the NNPP presidential hopeful, Friday, in what appears to be a new political re-engineering to dislodge the ruling APC in 2023 in Kano.
However, Governor Ganduje, aware of the consequences of a political realignment between Kwankwaso and Shekarau is making frantic effort to stop senator Shekarau.

Sule Ya’u Sule, Mallam Ibrahim Shekarau’s spokesperson, confirmed the visit of the Governor.
Apart from Shekarau, notable politicians who are also aggrieved in the APC have joined the NNPP