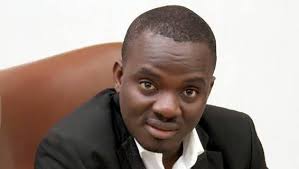 PDP Gubernatorial Aspirant in Nasarawa state Rt. Hon. Dr. David Emmanuel Ombugadu has assured the people of the State that new possibilities can be achieved in the State if they can join hands with his dream for turning around their fortunes.
In a statement he personally signed and made available to the National Update on Friday he said, the APC led government especially in Nasarawa State has failed to deliver on it’s campaign promises to the people.
“Truth be told, sfter 3 years in office, the governor seems to be experimenting on the right approach to governance.

“2023 is around the corner and it provides us with an opportunity to elect credible individuals to pilot our affairs.
“The people of Nasarawa State regardless of religious or ethnic affiliation, will speak with one voice as the wounded and deprived that they are. We can’t be beggars in our own land.
He said, his party, the People’s Democratic Party in the state is working round the clock to ensure that it takes power from the APC government come 2023.