Dagogo alleges threat to life even in Police detention 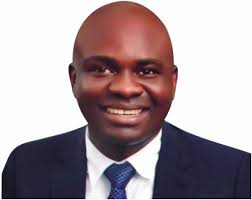 Governorship aspirant on the platform of the Peoples Democratic Party (PDP) has indicated that he is still in Police detention over what he described as spurious and politically motivated charges instigated by the Governor of Rivers State, Nyesom Wike.

A statement by his special adviser on Media and Publicity Ibrahim Lawal alleged that there are still threats to his life while in Police detention.

Hon Farah Dagogo who is also a Member representing Degema/Bonny Federal Constituency in the House of Representatives in the statement said the allegation of April 27th, 2022 of disruption of PDP National and State House of Assembly screening exercise were false.

Meanwhile Concerned citizens and others have expressed concern as to why the Camp Commandant to the Governor has not been arrested.
“It was the Camp Commandant sporadic shooting that was the only incident that day. That shooting qualifies as a breach of the peace and uptil now that Camp Commandant has not been brought in for questioning.
“Another question is what was the Camp Commandant doing at the National and State Assembly aspirants screening exercise on April 27th, 2022 and also at the Governorship screening on April 28th, 2022.
“However, a law abiding Federal Lawmaker, who was not at the PDP’s Party Secretariat for the National and State Assembly aspirants screening exercise, because he was a Governorship aspirant, could be whisked away by the Camp Commandant at the venue of the PDP Governorship screening exercise in Port Harcourt without any arrest warrant.
“We are also aware that Governor Nyesom Wike is not unrelenting in his persecution goals. He is trying to further set up Hon Dagogo with other trump up charges of Murder, bunkering and other nefarious activities, having seen his first plan failed woefully. Hon Dagogo is a refined gentleman, a Federal Lawmaker of high repute with untainted integrity.
“This is for the attention of all lovers of democracy. Hon Dagogo is fully aware of the massive show of love and solidarity, he is emphatically grateful and humbled.
“This is a fight between light and darkness. Rivers people and Nigerians have chosen the path of light.
“These are clear crude moves to take him out of the Governorship race and make him emotionally and psychologically distressed with all these manifestly unjustifiable clampdown
“Hon Dagogo remains unshakable in his Governorship pursuit and more than resolved to continue speaking against injustice and tyranny. He is facing all this travail because he picked up the Governorship Expression of Interest and Nomination Forms.
“He was at the State Assembly, he is now a Federal Lawmaker but on receipt of the Governorship form, he is now being termed ‘sponsor’ of cultists.
“This also speaks volume of the dictatorial tendencies of Governor Nyesom Wike who does not welcome dissenting views.”