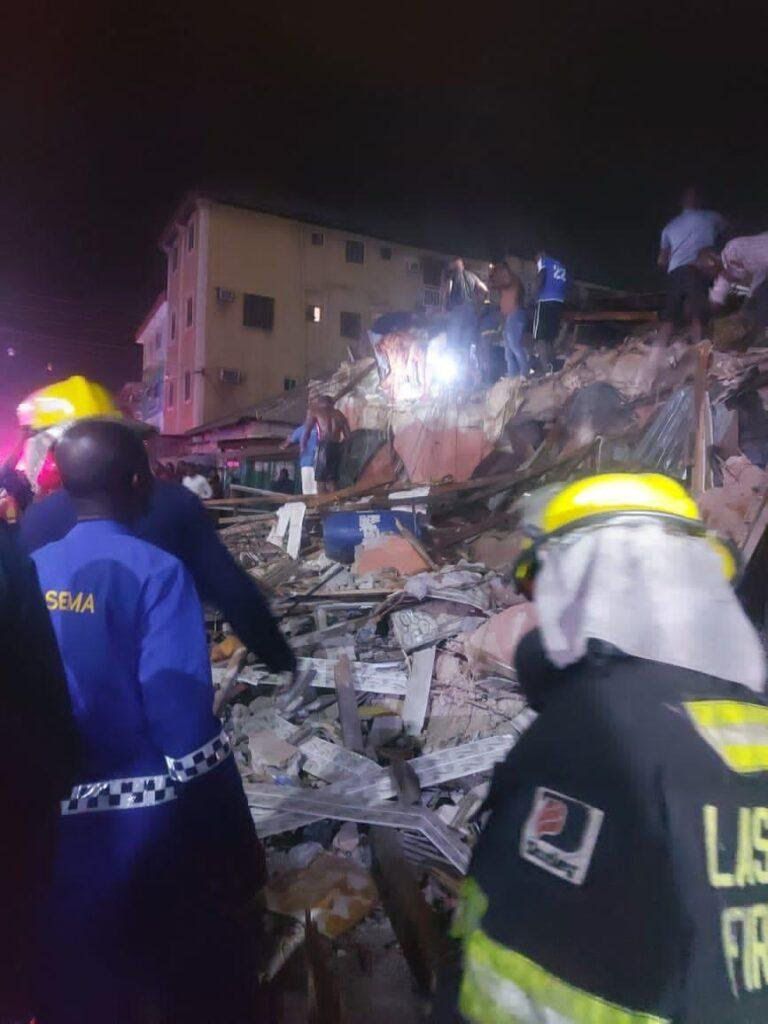 A statement by the special adviser on media to the minister Nneka Ikem Anibeze indicated that the collapsed 3-storey building had been marked for demolition after it showed distress signs but the occupants remained in the structure.
According to the statement, the National Emergency Management Agency NEMA that is currently involved in an ongoing joint rescue operation with the Lagos State Fire and Rescue Service, the Lagos State Emergency Management Agency and the Police have since evacuated the 23 survivors while 8 persons reportedly died in the collapsed building.
“The emergency response operatives are continuing the search and rescue operation to rescue other tenants trapped in the building.”
Umar Farouq decried the spate of unavoidable disasters in the country and called on concerned authorities to work assiduously towards risk and disaster reduction.

“This is a sad Eid El Fitr celebration with the collapse of a three-storey building in Lagos. I commiserate with the government and people of Lagos state over this tragedy. My prayers go to the families of those who have lost their lives in this collapsed building and rescued victims who were injured in the incident.

“As soon as the news of the building collapse on Ibadan Street, Ebute Metta Lagos broke, the National Emergency Management Agency (NEMA) was activated to respond along with other relevant disaster risk first responders. Unfortunately, many people were trapped in the building and many lives were lost.

“It is also important that those in charge of ensuring the construction of standard buildings in the country ensure that the highest standards are met to avoid these tragedies”.