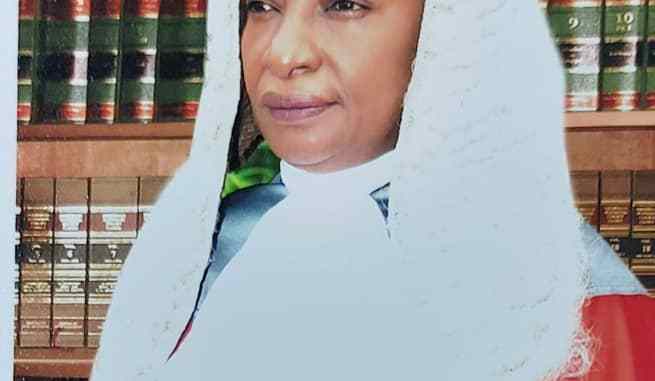 The acting Chief judge of Niger State, Justice Halima Ibrahim Abdulmalik has cautioned Magistrates in the service of Niger State Judiciary against any misconduct as they would be sanctioned in accordance with the laid down rule of the judicially service Commission.
She said that the Judiciary under her watch will no longer accept any unprofessional conduct from any Magistrate warning that she will use the sledge hammer on any erring Magistrate.
Addressing participants at a two day interactive session organized for newly appointed magistrates into the service of the Niger State Judiciary held at the conference Hall of the Judicial service Commission in Minna Tuesday, the chief judge maintained that she will not spare any Magistrate that is reported to have engage in unprofessional conduct.

According to the acting chief judge, the session was organized to acquaint the new magistrates with the rudiment of court proceedings and to brainstorm on the day to day rule of court proceedings in order for them to live up to their professional responsibility as Magistrates.
She urged the participants to make proper use of the knowledge aquired from the training session to enable them perform effectively in their respective courts.
In a paper presented at the training session with the topic, “Arraignment And Bail In the Magistrate Court” the director in-charge of Probate, Nasiru Mua’azu, described bail as immense importance to the administration of Justice.
He stated that the proper application of the principles creates a favourable atmosphere under which the confidence of the people in having recourse to the court is enhanced.
“Arraignment is literally the formal reading of criminal charges documents in the presence of the Accused to inform him of the charge(s) against him. In response to arraignment, the accused is expected to enter plea bargain amongst jurisdiction, but they generally include” Guilty, not Guilty” he explained. Therefore according to him, arraignment is the process of bringing an accused person/ persons to the court inorder to formally accused them of crime or crimes adding that the supreme Court of Nigeria has in a number of cases laid down for valid arraignment.