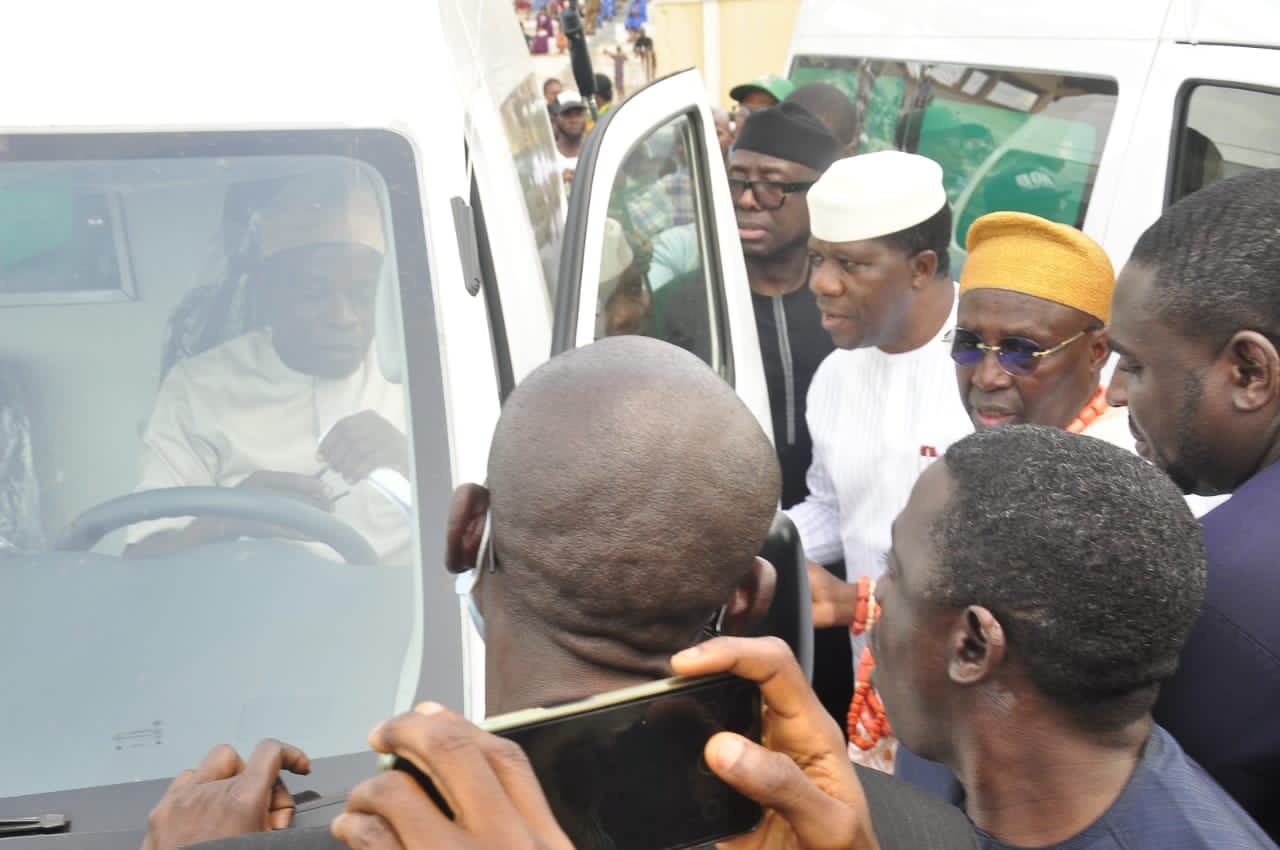 At the event which held at the Oluyemi Kayode stadium Ado Ekiti, Bamidele pledged to bring more dividends of democracy to the people of Ekiti Central Senatorial District.

He thanked the people of Ekiti Central Senatorial district for the confidence they have reposed in him by giving him the mandate to represent them in the 9th National Assembly.
During the empowerment programme, Bamidele distributed 26 Mini buses, 250 Grinding machines, 250 motorcycles, 2 ambulances, 250 hair dryers, 250 sowing machines, 250 Wheel chairs, 56 Tricycles
2 Ventilators, Hilux Van, Tractor, Truck load of Fertilisers and many other empowerment items to the Constituents.

According to him, his election into the 9th Senate brought about a remarkable harvest of dividends of democracy such as the Empowerment of over 5000 constituents, including artisans, youth, women, and the physically challenged.

The senator also indicated that he sponsored numerous Motions and Bills, including the Bill for the establishment of the Federal University of Medical and Environmental Sciences in Iyin-Ekiti and the Construction of a Mega Digital Library in Ado-Ekiti.

According to him, he had earlier distributed and installed over 50 Transformers at different locations within Ekiti Central, provided over 40 Motorized Boreholes as well as the Installation of Solar-Powered Street Lights across the five Local Government Areas in Ekiti Central Senatorial District.

Bamidele pointed out that he Secured employment for over 80 youth job seekers and over 300 N-Power Graduate applicants.

The senator was reported to have been celebrated by his constituents for the Provision of palliatives during the Covid-19 Pandemic as well as the Distribution of Eidel Fitri and Christmas Gifts during the yuletide respectively.
Bamidele used the event to seek for the continued support, encouragement and prayers of the constituents to enable him do more and to further raise the bar in legislative representation and Infrastructural and community development in Ekiti Central Senatorial District and beyond.”

The Chairman of the occasion and Minister of Industry, Trade and Investment, Otunba Niyi Adebayo, applauded the Senator for giving a strong showing through the empowerment programme, saying this has further showed that he is a good and worthy representative.

“Please, don’t forget to remember him when the time comes”.