Atiku, Wike and burden of conscience 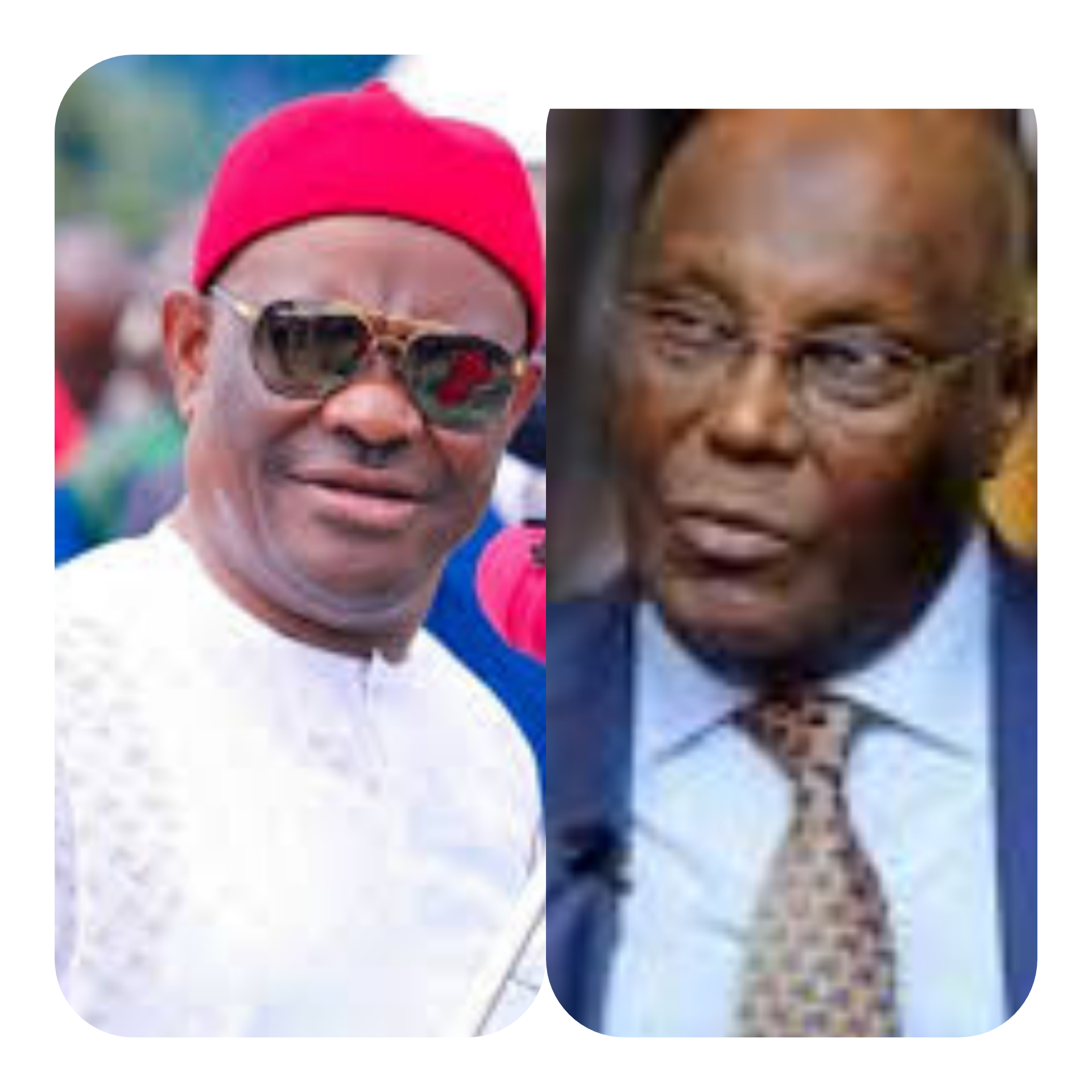 In the weeks since PDP presidential candidate Atiku Abubakar announced Governor Ifeanyi Okowa as his running-mate, his frontmen have sought to outdo themselves in recasting the facts leading up to Dr Okowa’s picking. They’ve tried to sell the falsehood that there was no vote, that rather candidate Atiku was left with the prerogative of choosing one from a list of three that the selection committee recommended.

The first person to spin this was Dr Iyorchia Ayu, the national chairman who flaunts his biases and continues to call into question his suitability for the assignment he has chosen. But Dr Ayu cannot lay claim to exclusive knowledge of what transpires in party meetings.

Truth is that a vote was called on Tuesday 14 June between governors Wike and Okowa and the former was the choice of party honchos by a staggering majority of 16 against 3. No shame in that, neither is it surprising. Everyone knows that Governor Wike has been PDP’s lifeblood over the last seven years and, but for his singular efforts, PDP would be dead and Nigeria would most likely be regressing into a one-party dictatorship.

But the gist I’m interrogating in this article is Atiku Abubakar’s integrity and moral content as a leader. And I start off by confessing that I once thought him likeable – judging by his mien only, even if dull. But my view of him has developed rather rapidly – not by osmosis – over the last several weeks to the point where I now dismiss his suitability for office and regard his politics as realpolitik – totally shorn of principle.

Firstly, Atiku cannot claim ignorance of the darts his minders have been directing at Wike even as he pretends that he’s seeking reconciliation. An example is ex governor Babangida Aliyu’s extraordinary diatribe in a recent television interview. Aliyu is a frontman for Atiku and his foul-mouthed put-down bore the imprimatur of a higher-up because it was completely unprovoked and coming one year after he started a run-in with Governor Wike.

It would seem that despite having secured the ticket for which he sought and endorsed the breaking of every party rule, Atiku still has a field day when his followers thrashtalk Wike.

Like Atiku himself, Mr Aliyu was one of those who succumbed to Nigeria’s twin demons of tribe and religion to betray and sink the PDP in 2015. While Atiku defected to APC to implement his hegemonic designs, Mr Aliyu wrecked havoc from within and even boasted about it!

But consciously or unconsciously, Atiku is promoting an act of self-harm. Like it or not, Wike is PDP’s biggest draw bar none. Atiku might be the flag-bearer but he’s dour and does not have Wike’s energy and charisma; nor his troubleshooting nous. Wike is one of only two politicians in the whole of southern Nigeria who can command the attention of a room by his very presence – the other one being Bola Ahmed Tinubu. Atiku’s presidential run would be dead in the water were Wike to work against him.

Secondly, Atiku it was who went to Wike with the offer of running-mate, but he has done everything to conceal this fact. He and his camp loathe to admit this, or are butthurt in their conceit and arrogance to let it out. Instead, they’re doubling down on the spin that three candidates, including Wike, indicated interest – read lobbied – for the position. The intent is clear: rope Wike into a low bar and diminish him.

Atiku knows that Wike never lobbied to be running-mate, either to him directly or indirectly through others. But it serves the strategy of demystifying Wike well.

What is also clear is that the choice of Dr Okowa was foisted on Atiku by certain forces who thought Wike was too powerful and wanted a liveried footman (I’m not by any means saying Okowa is one, mind). But never mind that he’s being passed off now as one who “complements” Atiku, Okowa wasn’t his go-to man. Okowo himself unwittingly alluded to this in his TV interview on Thursday when he referred to someone as “one of the very strong voices” that got him the nomination. However, his response to the name mentioned to him was a mere play to his base in Delta, which is commonsensical.

When Atiku came unstuck with powerful interests over his choice of Wike, rather than defending it, he wilily used the party to convey a different impression and make way for the preferred choice of his captors. Unfortunately for him, that too ran into a hitch. The rest, as we say, is history. But what sort of leader resiles with abandon from a commitment he willingly entered into, is dodgy with the truth and teeters like a reed in the wind?

My third point relates to the horrific 12th May tragedy when Deborah Samuel, a young college student, was murdered and burned in Sokoto for alleged blasphemy by Islamic extremists. Happening so close to the PDP convention, Atiku was on the hustings putting himself about in bromide-laden platitudes and typical Nigerian virtue signalling. But he soon ran into a buzzsaw which I think defines him.

His twitter account manager, correctly discerning that what had just happened was a tragedy of monstrous proportions deserving of instant condemnation, dutifully put up a tweet condemning same. What happened next remains a tragedy for Atiku’s moral standing and speaks to his primordial pandering beneath the veneer of his vaunted cosmopolitanism.

As the tweet went viral, Atiku received a backlash back home in his native north, and, pronto, he ordered the tweet deleted claiming it was done without his consent. The implication is that because the horrific incident happened in his native north, he wouldn’t have given his consent anyway for fear of offending his followers. In the south where he’d face no such inhibitions, he would have been loudest as a moral champion.

A leader’s moral judgment cannot be situational, but Atiku’s clearly is. Similarly, a leader who can’t make his mind up but surrenders to captive interests is anything but. His frontmen claim that Atiku creates jobs, but Nigeria’s biggest problem is taking the hard decisions for sea-change constitutional reforms that will pump oxygen into an asphyxiating patch of geographical territory falsely labelled a federation. Joblessness is a symptom of that challenge, not the challenge itself.

Atiku strikes me as a status quo maintainer without the candour, will or interest to confront Nigeria’s challenges. Were he to win, he would mollycoddle the present unproductive imbalance for his tribe and religion and the country would be treading water still. Would he prove me wrong?

Bob, a lawyer and member of the House of Representatives from Rivers State, wrote from Port Harcourt.