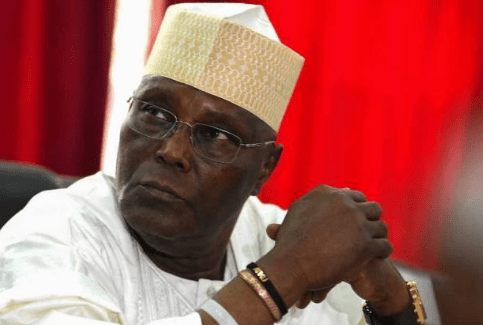 Presidential candidate of the Peoples’ Democratic Party, (PDP), at the 2023 elections, Atiku Abubakar, has returned from his trip abroad to Abuja ahead of the Party’s grand rally in Oshogbo on Thursday
Atiku it was gathered had to put on hold pre-scheduled meetings and appointments in Morocco and the United Kingdom, to be in Nigeria to lead his party’s governorship grand rally in Oshogbo, Osun State Thursday.
Members of his core team during the pre-primary consultations, notably Senator Ehigie Uzamere, arrived a few hours earlier Wednesday, from the United States.
Ademola Adeleke is flying the gubernatorial flag of the PDP, at the election scheduled for Saturday July 16.
National leaders of the PDP, including former President of the Senate, Bukola Saraki; party chairman, Iyorchia Ayu; Atiku’s running mate and governor of Delta State, Ifeanyi Okowa, among others, will be at the grand rally.
Political observers believe Atiku is demonstrating sensitivity to the mood of his party, after his inability to attend the campaign grand finale of the party in Ekiti State.

The PDP lost the election, posting a distant third position in the contest.
Atiku will also have crunch talks with Nyesom Wike, the Rivers State Governor who emerged second at the PDP presidential primary, last May. Atiku’s preference of Okowa, above Wike, generally regarded as the vertebra of the party in its most difficult moments, has dominated political discourse in the past few weeks.
Political observers anticipate amicable resolution of the impasse, Atiku and Wike both recognised team players. This is necessary to rally stakeholders together, for the campaigns of subsequent months.