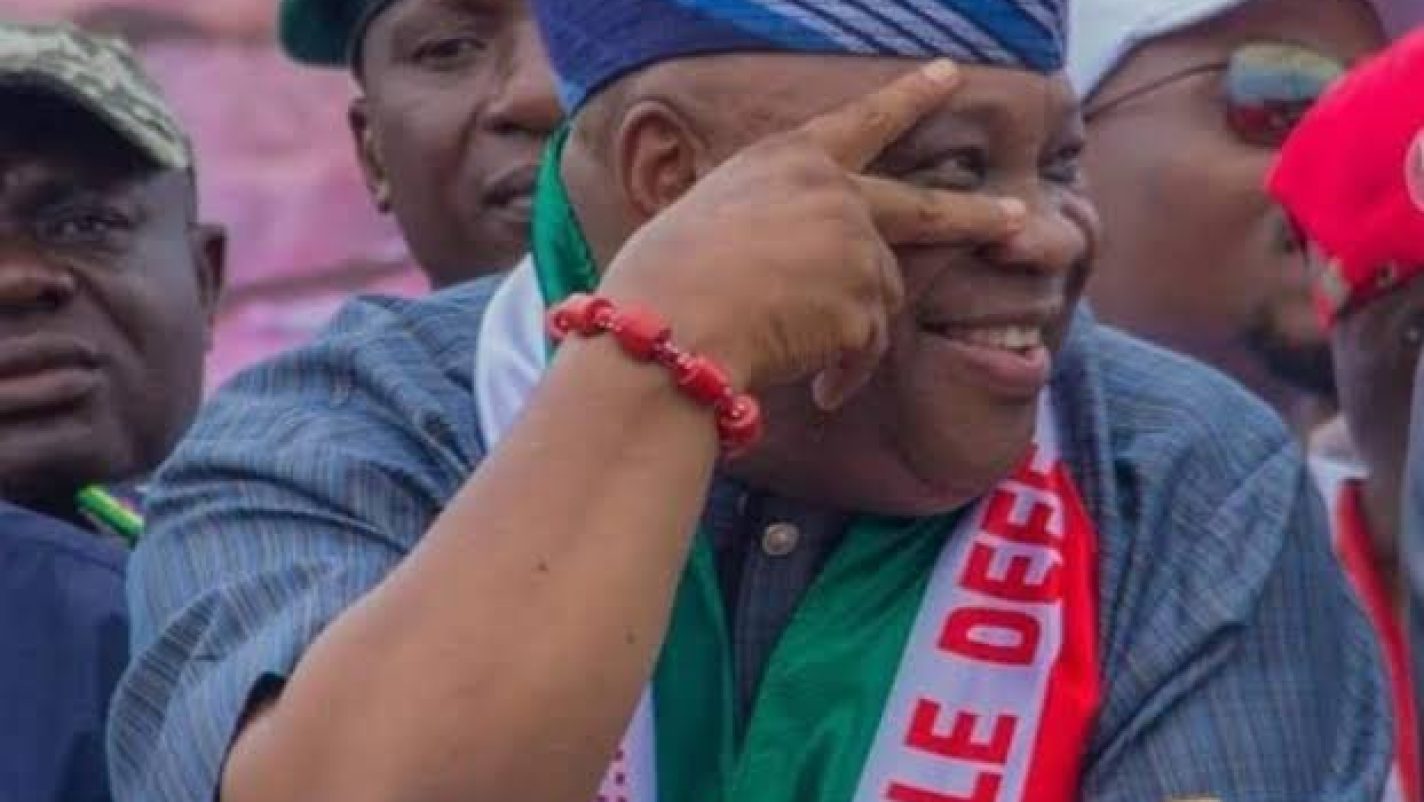 **as he congratulates Gov elect

Former President of the Senate, Senator David Mark has described the victory of the Candidate of the Peoples Democratic Party (PDP) Senator Ademola Adeleke as the gateway for the party to reclaim Nigeria in 2023.

Senator Mark gave the indication in a message of congratulation to Osun state Governor- Elect, Senator Ademola Adeleke over his victory at the gubernatorial election on Saturday.
Senator Mark said Senator Adeleke’s victory is a testimony of the Peoples Democratic Party (PDP)’s acceptance by the people of Osun state who desires positive changes.
He said: “Your perseverance, steadfastness, focus, determination and unwavering commitment to the wellbeing of the citizens of Osun state has paid off. Their votes are investments and trust in you to lead them to the promised land”.

The former Senate President told Adeleke to see his victory as a call to higher responsibility, the power to do good and emancipate the people from deprivation, poverty and want.

He lauded the people of Osun state for remaining steadfast and believing in the capacity of Adeleke to deliver dividends of democracy to them hoping that the governor- elect will live up to expectation.

Senator Mark applauded the Independent National Electoral Commission ( INEC), the security operatives and the media for the enabling environment that guaranteed free, fair and credible election in Osun state.
He said the PDP’s victory in Osun state shows that “the PDP is the party of choice and the vehicle to usher In positive changes for Nigeria in 2023.