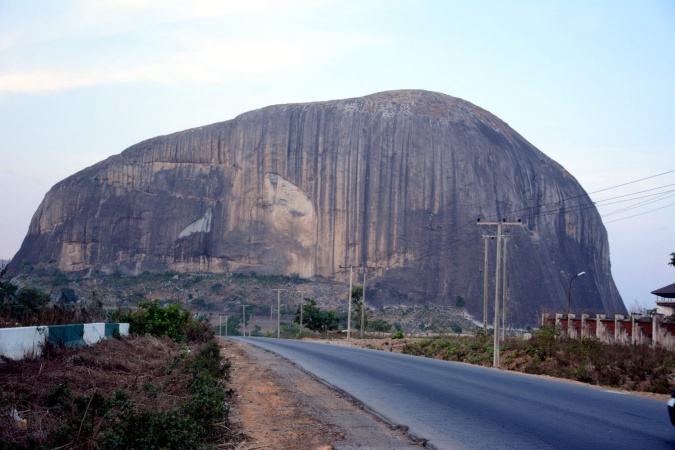 Boko Haram terrorists have reportedly raided a military checkpoint around Zuma rock in Niger State, on Thursday night killing Some soldiers.
Insecurity in the Federal Capital Territory has worsened in the last three weeks sstart with an attack on a correctional Facility in Kuje Area where scores of prisoners were set free without any residence.
Since that invasion of Kuje Prison in the nation’s capital on July 5, there have been security concerns among residents of Abuja.
Again on sunday soldiers attached to the Presidential Guards Brigade were killed in an ambush laid by terrorists.

This time around the attack took place in an area close to Madalla town, few meters away from Zuba along the Abuja-Kaduna highway.

The attackers it was gathered arrived at the spot some minutes after 7pm and opened fire immediately.

“They took control of the area for about 30 minutes and kept on shooting before heading towards Kaduna axis of the expressway,” the source said.

The terrorists were said to have taken the military unawares from the hind after gaining entry through the back of the rock to attack them while on duty.
The incident caused heavy gridlock in the area making it difficult for some commuters who left Abuja city centre for Zuba area around 4:00 pm to arrived at their homes earlier than 10:30 pm

Soldiers from Zuma Barracks rushed to the scene and took full control about 20 minutes after the terrorists left.A patrol team of policemen also arrived at the place.

The attack is coming amid heightened tension in the Federal Capital Territory (FCT) over likely terrorist attacks.

24 hours after the incident, the management of Federal Government College, Kwali, asked parents to evacuate their children from the school following an attack by bandits in a neighbouring community.

The FCTA authorities and the Ministry of Education also ordered the shutdown of schools in the nation’s capital.