I am not part of impeachment plots against Lawan, Buhari, says Senator Sankara 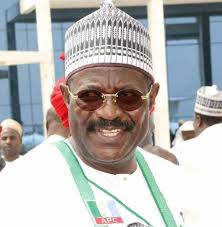 The Chairman Senate Committee on information and National Orientation, Senator Danladi Sankara has indicated that he is not part of the alleged plot by some senators to impeach the Senate President Dr Ahmad Lawan to for a leeway for eventual impeachment proceedings against President Muhammadu Buhari.
Some senators on Wednesday stormed out of Plenary in protest against the Senate president’s failure to make public their resolution from a closed door meeting where they had resolved to issue a six weeks ultimatum after which they will issue impeachment notice against President Muhammadu Buhari over insecurity.
Attempt to raise the motion to that effect on the Senate floor by the minority leader Senator Philip Aduda was turned down by Senate President Ahmed Lawan earlier.
Senator Sankara who represents Jigawa North West in the upper legislative chamber of the national assembly debunked claims by certain online news publications linking him to the plot.
Reacting to the reports he said at no time was he consulted or coopted into such plan by the eleven other senators alleged to be masterminding the plot. He said “It is just the figment of imagination of the online publications and the others who are linking me to such a move”
“I was present throughout the plenary sessions of last Teusday and wednesday, nobody approached me or sought my consent to join any move to impeach the Senate President or the president Muhammadu Buhari” Senator Sankara clarified on saturday.

According to him, what is required at this time is maturity and understanding of leaders and people to ensure that Nigeria overcome the challenges of insecurity and economic downturn.

He said, “It is very important for leaders to explore workable methods to address the issues of insecurity . It is not proper for us to further heat up the polity when we should put heads together to explore workable solutions to the issues of the economy and insecurity.
“It is a collective responsibility on the part of the leaders and the people ” Senator Sankara emphasised