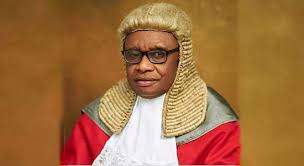 Majebi who inaugurated the committee at the state High Court Complex in Lokoja said it had the mandate to look into all complaints and make recommendations.

He said that the Terms of Reference of the committee include receipt of complaints from aggrieved members of staff on issues of appointments, promotions and seniority; investigation of the complaints and making appropriate recommendations.

Codenamed “Committee on Complaints on Promotions, Appointments and Seniority”, the committee has three weeks from July 13, to carryout the assignment.

The Chief Judge asked members of the committee to make “transparency” their watchword in the discharge of the mandate.

Responding on behalf of members of the committee, its Chairman, Justice Alaba Omolaye-Ajileye congratulated the Acting Chief Judge on his appointment.

The Jurist said the acting Chief Judge had started well on a promising note, giving hope to all and sundry that Kogi State Judiciary would be great again.

Omolaye-Ajileye assured the Ag. CJ of the commitment and support of his brother judges to join hands with him to move the High Court of Kogi State forward.

He commended the Ag. CJ for setting up the Council of Judges to oversee the affairs of the State High Court, saying, “You have shifted from the paradigm of exclusiveness to one of exclusivity, as a trailblazer.” (Ends)