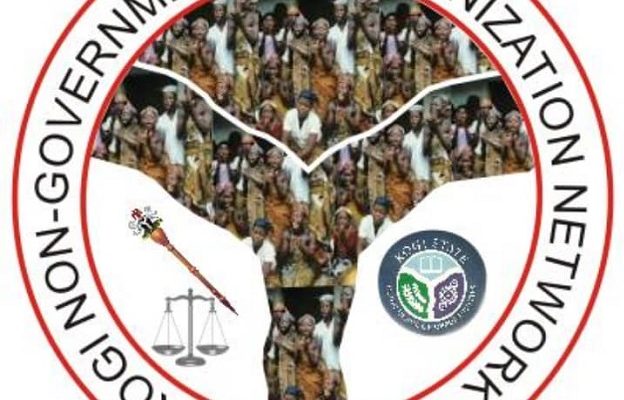 Coalition of civil society organizations, Kogi NGOs Network (KONGONET) has indicated that the Kogi state government had since neglected the welfare of primary school teachers as evidenced in the non-payment of full salaries to basic education teachers across local government areas of the state
It therefore called on the Government to address the non- payment of full salaries to basic education teachers without further delay.

The coalition through her state coordinator gave the indication in the 2nd Quarter 2022 report by KONGONET presented to journalists in Lokoja on 4th July, 2022, by Idris Ozovehe Muraina and Mrs. Henry Hellen, Chairperson and Secretary respectively.

The coalition explained further that the payment of full salaries will ensure children of the poor, who mostly patronise these schools, are given adequate attention to enjoy the good work being done by the state government.
According to a member of KONGONET, the Civil Society Action Coalition on Education for All (CSACEFA) acknowledged the state government’s mega investment on school infrastructural development.

While congratulating the government of Kogi State for the positive move, CSACEFA called on Kogi state government to invest heavily on the wellbeing of basic education teachers across the state.

KONGONET also called on the state government to provide the Youth Development Commission with the necessary financial support to enable it perform maximally and empower youths across the state to curtail the high youth unemployment situation of the state.

“Kogi NGOs Network (KONGONET) will consistently support laudable initiatives of government to ameliorate the suffering of Kogites and ensure the state upholds the tenets of democracy and fair play in her administration of our collective resources.

“On behalf of Kogi State Civil Society Groups, we appreciate the Kogi state government for appointing Civil Society member representatives on local and state government audit board. The recent assent to the Violence Against Persons Prohibition (VAPP) law is a big one for us all, congratulations Kogites,” the statement said.

On agricultural intervention, KONGONET noted that the release of 3rd Biennial Report on the performance of Africa on the Comprehensive African Agriculture Development Programme (CAADP) showed clearly that Nigeria is not on track to meeting all the targets especially on funding, which is according to the Maputo Declaration is a minimum of 10% of State Budget.

The coalition stated that this has grave consequences for food security and poverty reduction.

“The Kogi State Budget Committee Group (BCG) within the reporting period examined the state agricultural budget performance and opined that the state need to release more funds to the sector to improve and overcome the worrisome and persistent increase in the prices of food commodities across the state. The group said more worrisome is the observed consistent denial of funds to women in Agriculture, even though it is captured in the state budget every year.

“SWOFON Kogi State and Budget Committee Group (BCG) concluded that if Agriculture is to serve as a means of diversifying the economy of Kogi State as promised in the new direction blueprint, then allocations to the sector is grossly inadequate and fund releases to the sector are too poor.”

Kogi NGOs Network (KONGONET) is a coalition of civil society networks championing the promotion of participatory democracy, good governance/best practices, transparent governance and network coordination in Kogi State through advocacy and policy influencing for the well-being of Kogites.