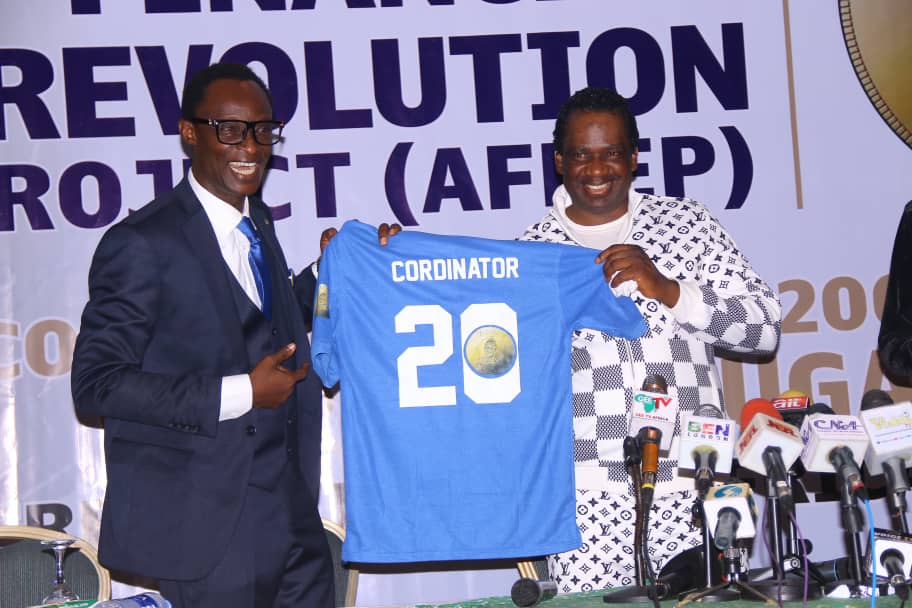 The Founder and Chief Operating Officer of the First Digital Economy Global Citizen on the Earth, Professor Sam Zuga, has urged Nigerian youths to invest in the future.

He also appointed political scientist and media publicity guru Barry Avotu Johnson, as the coordinator of the African Financial Revolution Project in Nigeria.

According to him, Johnson’s appointment was based on his performance at leading the most responsive political party NYDP.

He said Barry Johnson, who has been the national chairman of the NYDP, has performed creditably well.

Prof Zuga who founded the Samzuga business empire targets to mobilize Africans ahead of a robust economy which should be based on national social values coupled with the financial economic recovery agenda is focused on rebuilding the economy of Africa as a whole.

Professor Sam Zuga who is also a clergy robes as the vision bearer of Zugacoin as the first African digital coin which has made a mark in the Guiness Book of records.

Archbishop Sam Zuga told reporters in a press conference organized in Abuja to kick-start the African Financial Revolution Project (AFRP) that Nigerian youths will enjoy a total support empowerment scheme that will provide them the opportunity to invest in the financial revolution inclusion that the Zugacoin provides.

He said it will achieve this by making one of them its national coordinator in the person of Barry Johnson who is a youth with capacity to deliver.

In response Barry Avotu Johnson thanked the Sam Zuga Business Empire for finding him worthy to coordinate the distribution of the one million naira worth of Zugacoin to 100 million youths across the 36 states and the Federal Capital Territory.

Johnson also told newsmen at the press conference that he is ready to ensure every youth in Nigeria gets the 1million naria worth Zugacoin give away.

He said the initiative is targeted at supporting the Buhari administration to give support to the youths.

“This will be one of the ways our youths can be engaged in craft work and skills acquisition projects that can take them out of the streets,” he said.

The Zugacoin is the world’s fastest growing digital coin in the world while Sam Zuga is the first digital economy Professor in the world.