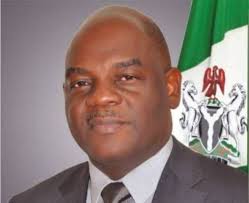 ***Tags his traducers as those who can no longer cut corners

Contractors now follow due process in carrying out their mandates within due process laws as being enforced by the Tertiary Education Trust Fund, it’s Executive Secretary Sonny Echono has claimed.

Echono, in a statement on Sunday, indicated as the head of the trust fund, he had introduced curriculum review, skill acquisition/Entrepreneurship, advancement of Information and Communication Technology (ICT) as well as deepening Research, Development and Innovation.

This was even as he pointed out that his traducers who are bent on tarnishing his image were angry officials who can no longer corners based on his laudable policies.

The former permanent secretary in the ministry of education, debunked allegation that his appointment as TETFund boss was influenced by some vice chancellors.

“Some of those affected are licking their wounds while a few who initially threatened legal actions have settled for renegotiation after realizing their weak positions.

“The unwieldy 99-man Technical Advisory Group (TAG) has been put on notice to right-size for prudence and greater operational efficiency.

“The Executive Secretary is indeed stepping on some long toes and the expected response is to question his qualification for the job which none of his five (5) predecessors (3 academics and 2 technocrats) was better prepared for.

“It is worthy of note that part of the reforms introduced by Arc. Echono include the need for curriculum review, skill acquisition/Entrepreneurship, advancement of Information and Communication Technology (ICT) as well as deepening Research, Development and Innovation.

“Others are provision of funds for capacity building of lecturers to equip them with requisite skills for Entrepreneurial Studies and Research Studies in Digital Technologies meant to prepare Nigerian students for global competitiveness with the end goal of building a knowledge economy and increasing the country’s global presence.

The TETFund boss said he has also initiated series of partnerships with notable institutions globally and locally, such as University of Brazil, Vicosa on tuition free agreements for training of more Nigerian professionals in Agriculture, transnational cooperation with the Government of Britain, Forum for Agricultural Research in Africa (FARA), Nigerian Economic Summit Group (NESG) and African Union (AU).

Other partnerships he initiated according to him included signing of an MoU with the University of Sussex for the development of tertiary education in Nigeria, partnership with the European Union (EU) on Research, Development and Innovation at Brussels among others.
His efforts he indicated are all aimed at articulating new strategies to reinforce existing efforts of the government at improving standard of education in Nigeria.

“Internally, I am undertaking a holistic review of the operating procedures of the Fund, operationalized the zonal offices with delegated functions and set targets for all departments and standing Committees.

“For example, the Book Development Committee which last published books in 2014 has been directed to publish at least 40 standard, peer-reviewed academic textbooks on diverse topics by 31st December, 2022.

“The Monitoring and Evaluation Department must complete site visits and process recommendations for tranche releases within 2 weeks of receipt of request from institutions.

“Staff of the Fund were also requested to make sacrifice by forgoing certain privileges in response to the sharp drop in tax collections in 2021, with a promise that they will be restored when the situation improves.

“He is also committed to the completion of on-going projects rather than starting new ones, and has taken steps in that direction.

“We interacted and secured the buy-in of Management and Staff of the Fund for the reforms, which have received widespread support of stakeholders.

“Perhaps more problematic are the Procurement and Project Management reforms introduced to eliminate corruption, reduce delivery time of projects, prevent cost escalation and improve general efficiency in the discharge of the Fund’s mandate.”
According to him, Under the new dispensation, all projects to be executed by the Fund are to be planned, packaged and selected by the beneficiary institutions for review and concurrence of the Fund. No more TETFund or vendor promoted projects, as the needs of the institutions shall prevail.

He explained further that Annual disbursement allocations are now being made directly to the beneficiary institutions at a public ceremony held at the National Universities Commission (NUC) on 9th May 2022.

“The Vice-Chancellors, Provosts and Rectors were directed to advertise and procure their projects through open, competitive bidding to achieve value for money.”

This he said was widely reported in the media and commended by the Procurement Professionals Association of Nigeria along with the threat to punish erring contractors who delay project execution or deliver poor quality jobs. Hardly the stuff of a wheeler and dealer.

“It is therefore laughable that these measures are being described by some aggrieved vested interests as ‘unwholesome practices’.

He indicated that since TETFund is not a contract awarding agency on behalf of beneficiary institutions so the reference to contract splitting and padding are totally baseless and incomprehensible.
To start with he pointed out that the design and costing of projects are done by the respective institutions, adding that the supervision and management. TETFund only monitors milestones attainments ahead of releases in tranches.

“To allege that someone who publicly distributed allocation letters “is in the habit of asking for advance payment in dollars before grants are given” is standing truth on its head.

“It is on record that since resumption of duty, Arc Echono has not personally issued any grant or letter to any beneficiary institution but rather through technical departments responsible for each intervention area.

“When people are consumed with evil and hate, logic departs. It is noteworthy that no institution or Vice Chancellor was cited to buttress or corroborate this callous claim. Is anybody hurting? Why?

“Equally curious is the allegation that Arc Echono has a list of anointed firms that execute TETFund projects, yet the author failed to mention even one of them for fear of rebuttal.

“It was even asserted that his control of TETFund contracts preceded his appointment judging from the singular example of a twin lecture theatre in a University in Southern Nigeria.

“Sahara reporters should find the courage to mention the institution so that serious minded investigative journalists can unearth the truth and debunk the fat lies.

“The suspicion is that since 2022 allocations were only made recently in May and the projects are still being packaged and prepared by the institutions, it will be difficult to sustain any allegation under his recent tenure. Solution? Back date the allegations.

“Brilliant though incomprehensible attempts were also made to make a link as well as draw parallels with an alleged phantom contract scam at NECO some years back.

“What Sahara reporters did not say is that those allegations were thoroughly investigated by five (5) different anti-corruption and regulatory agencies and not a single one of them even mentioned, let alone, associated Arc Echono with any allegation of wrongdoing or misdemeanour.

“In fact, neither Arc Echono as Permanent Secretary nor the Federal Ministry of Education’s Ministerial Tenders Board approved any contract for NECO throughout the period and not a single contractor with NECO was associated or linked to him in whatever form.

“In fact, Arc Echono met and recognized Mr. Ibrahim Peter Alih for the first and only time at Jalingo, Taraba State at the close of the 2021 National Council on Education Conference, more than one (1) year after the allegations were made. So much for relation (not even from the same State), front and tacit support.

“Yet Sahara reporters chose to rubbish the reputation and character of an individual without an iota of evidence or proof.

“The allegation of lobbying powerful Vice Chancellors to facilitate his appointment betrays further ignorance of how such appointments are made and does not merit further comment.

“It is however unfortunate that the sacred duty of the fourth estate of the realm (media) to hold institutions and public officers accountable has been misappropriated for lucre and as a weapon for slander, libel and character assassination in this particular case.

“Equally tragic is the fact that a once credible and respected medium has reduced itself to a purveyor of falsehood and trash.

“It is instructive that some of the measures introduced have led to stepping on many toes of individuals and firms whose services were considered not necessary, wasteful or lacking in value, and have had to be disengaged/discontinued.

“We seize this opportunity to reassure our stakeholders and the general public that TETFund is being run with a deep sense of responsibility,” he said.