Tinubu’s indifference or ignorance if the guardrails of our nationhood 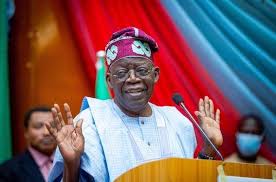 I should be glad to see my opponents make mistakes that will wreck whatever chances they had of defeating me in an election. So, I wouldn’t have made this post, if it were just for politics, but I am thinking of the nation beyond partisan prisms. I want Nigeria to survive, beyond wanting my candidate to win an election, and I am politically enlightened enough to know that no matter how passionate we are in our campaigns for different candidates, we can’t be sure of who will win at the end. And it is just one person and one Party that will be announced winner at the end of balloting.

Rumours are rife that former Lagos State governor with very contentious credentials and background, Bola Ahmed Tinubu, has picked a Northern Muslim as his running mate for the presidential election. Some people are so sure that they have even announced the name of that candidate. I will wait for a confirmation, either from Tinubu’s official media or from the Independent National Electoral Commission.

I expect that in announcing this Muslim running mate, Tinubu will go about on how we should concentrate on the qualifications and competence of individuals rather than the “primordial” considerations of where the candidate comes from or how he worships. He will go on and on about how the Muslim-Muslim ticket will bring about national healing by blurring our differences and showing, for the first time that Nigeria has overcome its historical suspicions and mistrusts on the basis of ethnicity and religion. Then, he will veer into rehashing the falsehoods about his personal competence and how his traitorous ally’s experience will complement his drive and vision to “Reset” Nigeria.

In telling you that he chose a Muslim running mate because he doesn’t believe that religion should decide our political choices, he will not tell you that there is no part of the Constitution that compels him to pick a running mate from the North. If he was really interested in blunting that religious sentiment in our elections, he could have as well picked a running mate from the Southeast or even his own Southwest. Or is he trying to tell us that there are no qualified and competent people from the Southwest who can serve as Nigeria’s Vice-president? The logic that only a Northern Muslim is competent and qualified is insulting to the millions of qualified Northern Christians who are not just eminently qualified, but by many miles better qualified than whoever Tinubu will unveil eventually.

I am liberal enough not to bother myself with where a political candidate comes from or how he worships, I am one of those who would easily accede to the argument that; ” if it takes a husband and a wife as President and Vice-president, to rescue Nigeria, then, let it be”. But, I also understand that every nation has its peculiar cultures and sentiments, hence, the guardrails that are set in place by the founding fathers to protect such a nation. It is in deference to such guardrails that America elected its first Black President and first female Vice-president in quick successions. These were done to reduce attrition, anger, suspicion and other such emotions that might trigger national crisis.

The nations that make these concessions and make every effort to preserve the guardrails of their nationhood are nations that have been proven to be successful, prosperous and relatively safe. They have made conscious efforts to build their nations and democracies on the principles of tolerance, fairness and justice. They are not nations whose political leaders call a bluff of minority sensitivities or consider electoral victory more important than national cohesion.

At a time when terrorists are invading Christian worship centers, kidnapping Christian clerics and the Muslim dominated political establishment keeps quiet or pretends to be overwhelmed, going ahead with a Muslim-Muslim presidential ticket by the governing Party will further heighten the suspicion that there is an agenda somewhere to give a particular religion undue dominance over another. This is what some people have described as “Islamization Agenda”.

It is only a matter of time before the truth is known. But, those behind such conspiracy can be assured that they do not have Nigeria’s best interest at heart.