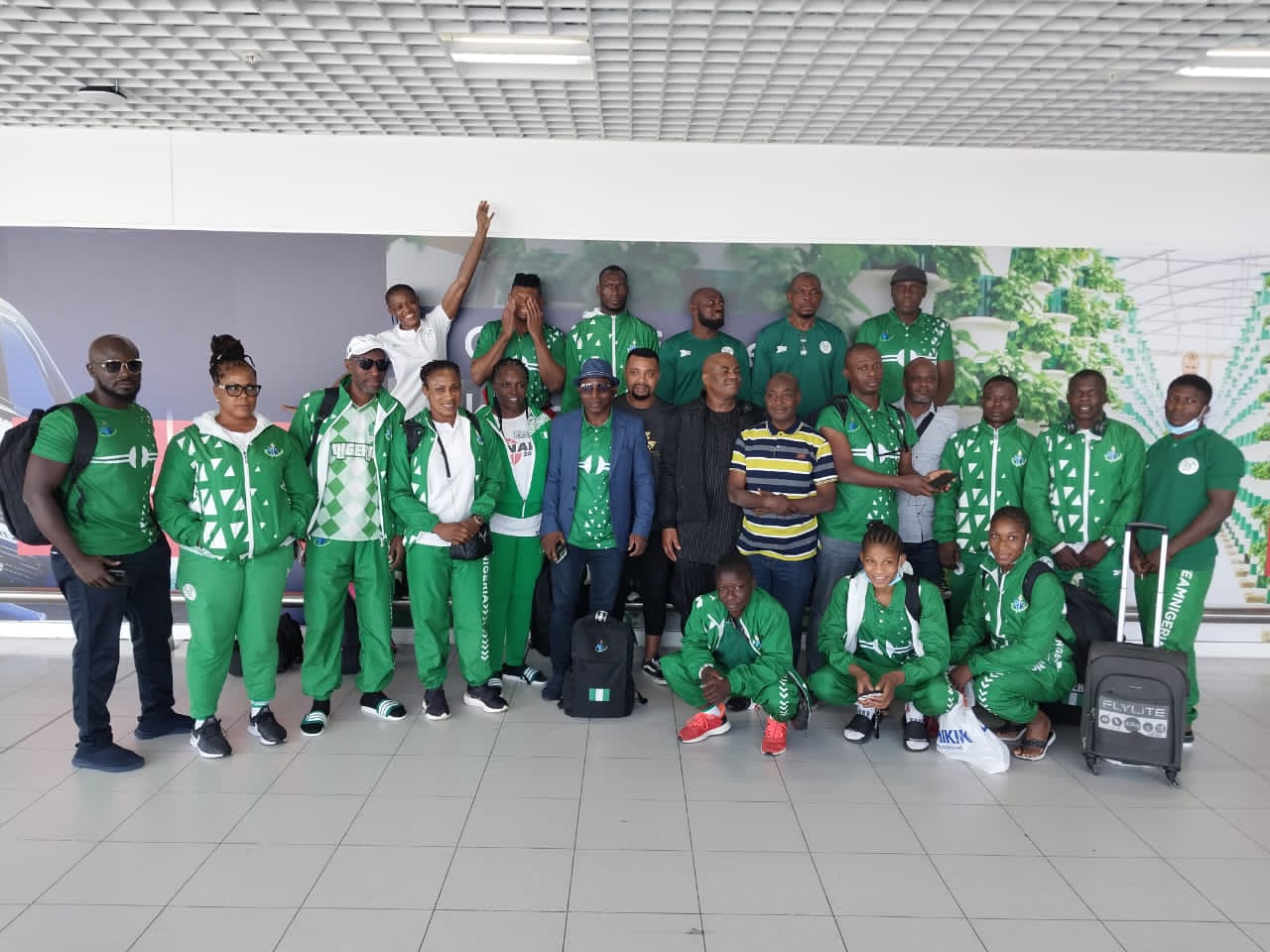 The last batch of Team Nigeria athletes yesterday arrived Birmingham with high hopes to win more medals before the end of the games on August 8, 2022.

Director of Press and Public Relations
Mohammed Manga in a statement issued on Monday in Abuja, said the last batch of wrestling athletes were led by the Director, Federations, Athletes and Elite ( FEAD) Department of the Federal Ministry of Youth and Sports Development, Dr Simon Ehbojaiye.
This was just as the statement quoted the Minister of Youth and Sports Development, Mr Sunday Dare to have urged the team to do the nation proud and give their best performance ever.

He reminded them to demonstrate the highest level of discipline, professionalism and excellence during and after the competitions as they represent Nigeria’s image at the games.

Earlier before leaving their camp in Yenagoa, the Bayelsa State Deputy Governor, Senator Lawrence Ewhrudjakpo urged the team to clinch at least six gold medals at the Games.

He added that Team Nigeria wrestlers camped in Yenagoa, Bayelsa State capital where they enjoyed tremendous support from the Government and as such are expected to make Nigeria proud.

The President of the Nigeria Wrestling Federation (NWF),
Dr Daniel Igali assured that, Team Nigeria athletes would give their best to win as many medals as possible.

Team Nigeria will be competing with 10 wrestlers, six women and four men.