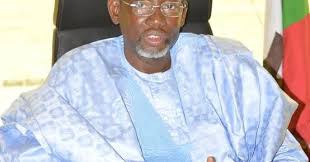 The Jigawa state commissioner for health, Dr. Salisu Muazu has decried the low level at which nursing mothers embrace the practice of exclusive breastfeeding for children from age 0-6 months in the state.

According to available statistics only 15.6 percent lactating mothers are exclusively breastfeeding their babies in the state leaving a wide margin of over 80 percent that lack the awareness in the State
The Commissioner made the disclosure in a dialogue with the media as part of this year’s world breastfeeding week celebration organized by the state’s Primary Health Care Development Agency and UNICEF.

The commissioner who was represented by the Executive Secretary of Primary Health Care Development Agency, Dr. Kabiru Ibrahim, said “statistics has shown that only 15.6percent of lactating mothers are exclusively breastfeeding their babies in the state”.

Dr Ibrahim maintained that “exclusive breastfeeding is religiously acceptable, financially fitted and culturally wise as he urged parents to wake-up and adopt the system for a better future for the state.

According him “More than half of anti-bodies are extracted through breastfeeding adding that it attracts less or no infection of diseases”.

The executive secretary added that, exclusive breastfeeding help mothers to enjoy natural family spacing while the economy of the father will improve as the baby will not suffer from infectious diseases.

While ensuring government’s efforts to strengthen exclusive breastfeeding, the executive secretary also urged parents to support the move for a better society.

He commended Unicef for partnering with State government towards achieving exclusive breastfeeding for all 0-6 months children in Jigawa.