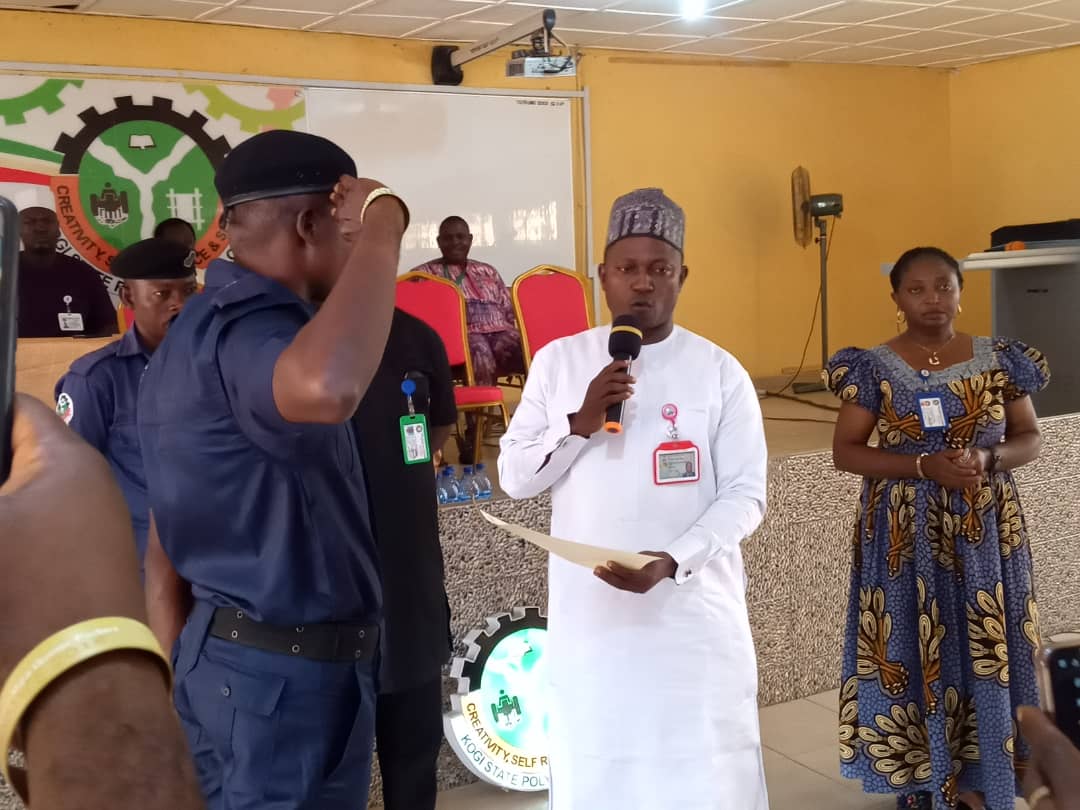 Rector of Kogi State Polytechnic, Lokoja, Dr Salisu Ogbo Usman has cautioned Lecturers of the institution against making learning unnecessarily difficult for students by insisting on sale of hand-outs and textbooks.

He gave the warning on Wednesday when Women In Leadership Positions in Kogi State Polytechnic, Lokoja honoured him with an award for his “Outstanding Achievement For The Institution in The Last Year.”

The Rector said that the era of forcing students to buy handouts and textbooks was over saying, “We have the audacity to halt the trend.”

He said that lecturers in other institutions owned by the state never sold handouts and textbooks to their students and therefore wondered why some lecturers in the Polytechnic were trying to make things difficult for the students.

He charged the Lecturers not to force students to buy their textbooks but should rather publish their lectures on internet for them to be read worldwide.

“Let it be on record that Lecturers of Kogi State Polytechnic in Nigeria are publishing their lectures on the internet for the people in America and every where in the world to read”, he said.

Usman said that his administration would do everything possible to ensure quality assurance and make the institution one of the best in the country.

He noted that the Polytechnic was now peaceful and free of cultist and other criminal activities adding that the effort was to make the environment conducive for teaching and learning.

The Rector said that his leadership was poised to enhance Quality Assurance in the institution hence the continuous weeding (Withdrawal) of students who fail to attain the minimum pass marks in their examinations.

“We are reducing the population to enhance Quality Assurance. We have not experienced financial loss. We are decreasing the population and revenue is increasing. All we have done is block the leakages”, he said.

The Rector noted that discipline had been restored in the school and there was reward for excellence and punishment for misdemeanour saying that there had been reshuffling, transfers, promotions and demotions.

He said that all outstanding allowances including lecturers Earned Allowances had been cleared, promotions effected with cash backing, casual workers on N10,000 per month for over 10 years were regularised among other anomalies corrected.

He said that a Lecturer was demoted after failing a female student who refused his advances, the lady wrote,
“We gave out her sripts for remarking and it was discovered that she actually passed.”