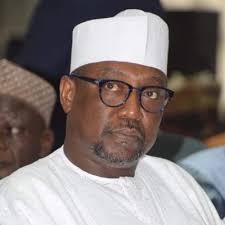 The Executive Governor of Niger State, Abubakar Bello has indicated that the worsening insecurity which has impacted negatively on the State economy is also fueled by fake news.
According to him, both travellers and investors have been avoiding the state because of the prevailing insecurity

Bello spoke at the ongoing 2022 Press week organised by the Niger State Council of the Nigeria Union of Journalists, with the theme, “Fact-check to end fake news; tasks before Niger State Journalists amid Security Challenges,” in Minna.
Bello who was represented by the Secretary to the State Government, Ahmed Matane, averred that “Many investors have failed to come to the state, and the state has lost so many opportunities in terms of investments.
“Fake news has provided unnecessary perception about what is truly going on about insecurity in the state.
“These days, many travellers avoid coming to Niger State because of the news that does not reflect the real issues on the ground.”
He urged media practitioners to exercise more discretion in fact-checking their reports, before feeding the public with what he described as fake news.