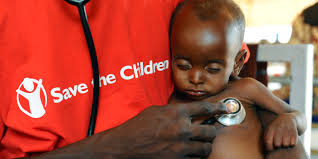 A traditional ruler in Jigawa state, Alhaji Adamu Aliyu Kiyawa, the district head of Kiyawa has called on fathers not only to encourage but to monitor their nursing wives to always breastfeed their new born babies eclusively to their first six months of birth.

He also appealed to the men, to always take good care of their pregnant and nursing wives in providing them with adeguate nutritious food.

Alhaji Kiyawa urged husbands all over the state, to be responsible enough in providing the kind of food that can keep their pregnant wives healthier, all the times.

He said “apart from safety of the children, it is also more economical for the parents, as no money would be spent on babies’ milks and treatment of possible disease the children may contract through other foods for babies below six months of birth”.

The traditional ruler also explained that the kind of food they need is always available in all the villages. Such as beans, eggs and moringa among others.

Also the programme manager of SCI, Mr Abdullahi Magama drew the attention of the parents to community’s sensitization, on good diet that can keep both the mothers and their children healthy.

However, the representative of the Commissioner for women Affairs, Hajiya Indo Garba, also called on men to always take their pregnant wives to the hospital in good time.

The programme was organized by SCI to promote exclusive breast Feeding and good child feeding practices.