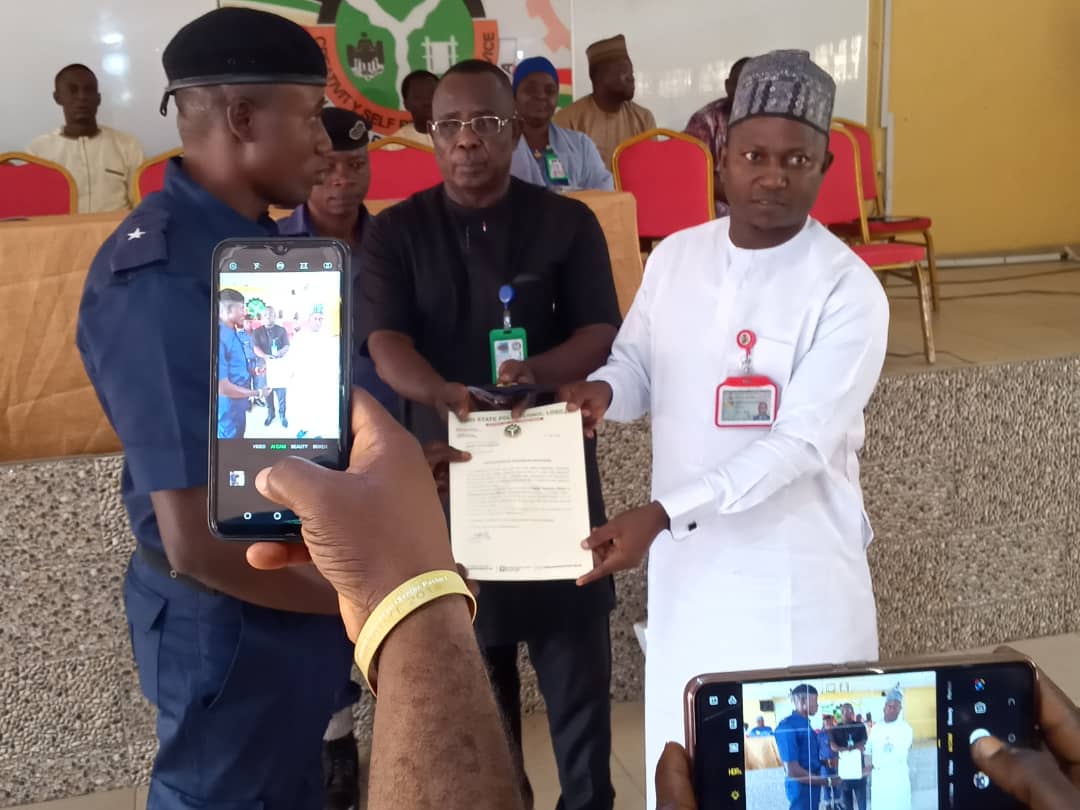 Rector of Kogi State Polytechnic, Lokoja, Dr Salisu Ogbo Usman, has described women as the bedrock for meaningful development even as he urged that they be accorded deserved recognition in nation building.

The Rector made the declaration on Wednesday when Women in Leadership Positions in Kogi State Polytechnic, Lokoja presented him an award for his “Outstanding Achievements” in the Last One Year.

Dr Usman said women all over the world had proved their mettle that they are capable and had advanced the cause of humanity in many fields and should be allowed to lead in various spheres of nation building in Nigeria.

He said that the women in leadership positions and others in supportive capacities in the institution had contributed immensely to his transformation agenda.

The Rector stressed that the institution achieved a 100 per cent accreditation status in all courses with a woman heading the accreditation committee.

He said that the Accreditation Exercise in the institution which was estimated to gulp over N1 billion and later reduced to N400,000, was achieved with little over N170,000.

Dr Usman popularly called “Ogbo” commended the women for their cooperation, commitment, loyalty, competence, dedication, sincerity of purpose and their believe in his leadership.

The Rector commended and extolled the role of his Mother in his life saying that she played a vital role in the feat he had so far achieved in life noting that, Women remained the bedrock of any nation.

Presenting the award to him, the women spoke in turns to highlight the achievement of Kogi State Polytechnic under Dr Usman and why he deserved the honour.

They described him as a gender friendly and detribalised leader and pledged their continuous support for the success of the Polytechnic under the present leadership.

In her address, the Dean, School of General Studies Mrs Lola Balagbogbo while appreciating the Rector for his exemplary leadership said Dr Ogbo is a firm believer of gender equality like Governor Yahaya Bello.

Balagbogbo affirmed that under the current leadership of Dr Usman, there have been massive infrastructural development describing the Rector as “A man of good conduct and a peace builder in the Polytechnic.”

She further described him as quintessential leader adding that it is on record that in the history of the Polytechnic, under the Reactor’s leadership, women had been accorded recognition and sense of belonging that was hitherto non existent.

Also speaking, Mrs Ruth Haruna, Director, Academic said women in the polytechnic would continue to appreciate the ICT-Driven Rector who in the history of the institution, had taken Polytechnic to an enviable height.

Mrs Omolola Audu, the Polytechnic Librarian, while acknowledging the outstanding leadership of the Rector, commended him for identifying with Women.

“We have never had it so good since I came to Kogi Polytechnic in 2000. Dr Salisu Ogbo change everything for us. God will never forsake you sir for your contributions to humanity”, she said.