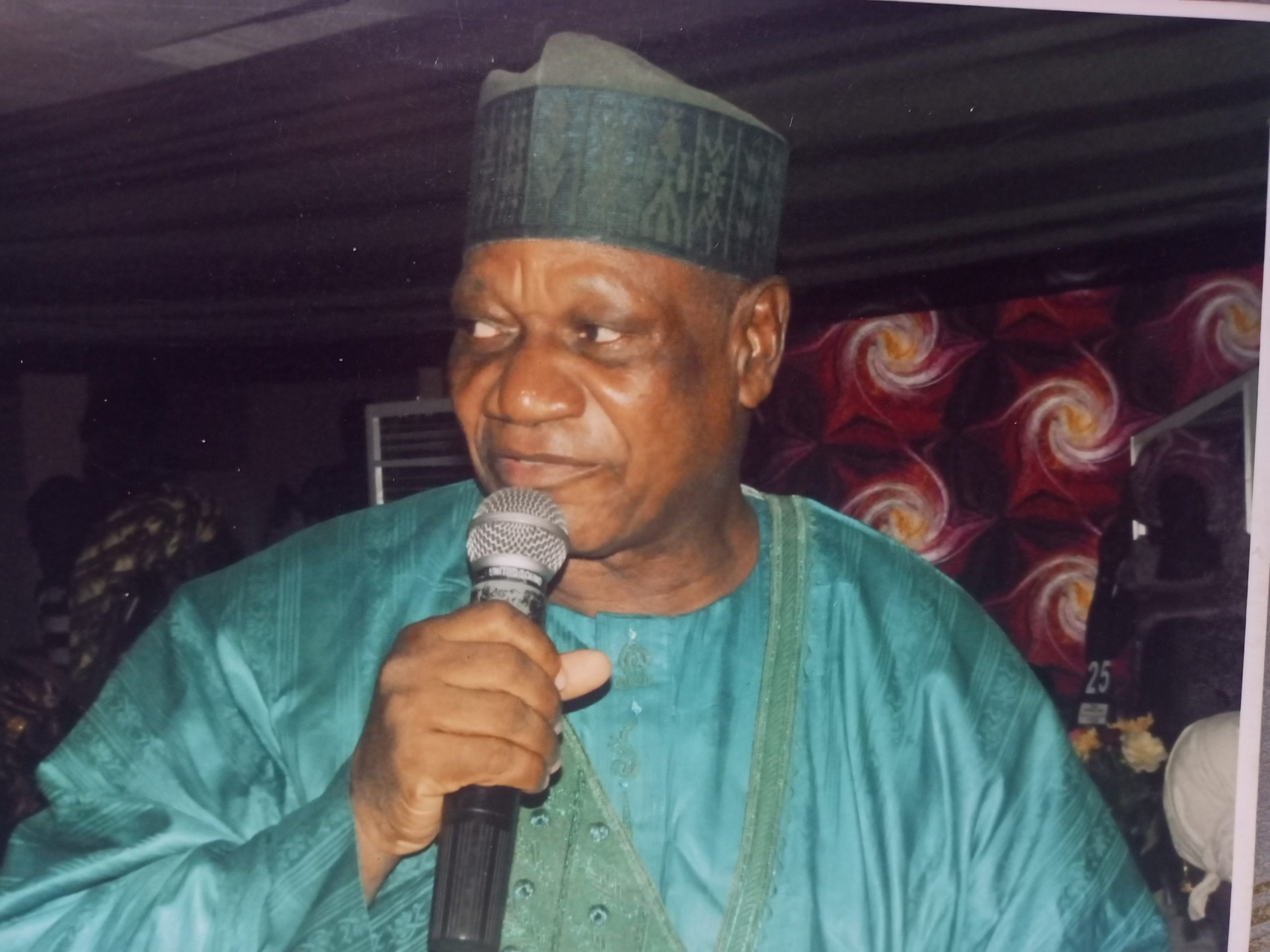 Senator Alex Kadiri who represented Kogi East from 1999 to 2003 in the Senate has described the recent impeachment threats against President Muhammadu Buhari as coming a little too late because of the many ‘idiots in the majority at the upper legislative chamber.

“Every election, every outcome of every election has implication. If you put a lot of idiots in the majority, then they will behave idiotically to the end. “The day you vote the Assembly people, either House of Assembly or National Assembly, the result you get has far reaching implications.

Senator Ahmad Lawn belongs to the party of the president, they are in the majority in the national assembly you will expect that they will continue to protect the President for as long as it is possible for them to do so. That is the implication of their being in the majority.

“But they have reached a point now where everybody is ashamed. The opposition people are taking the bull by the horn now. I can assure you that the majority of APC members in the national Assembly will support them. They cannot say it now until it comes to voting.”

He said as Former chairman of the senators Forum, he is still in touch with his colleagues, saying that “when the matter comes to voting in the national Assembly, those calling for impeachment of the President will win, no amount of bribery can change it because the shame on them now, most of them have children and it will go in our history that when they saw the country crumbling they did nothing.

“The reason for.their anger are there; the schools are closed, the universities have not reopened since the past five months. My party sold nomination forms for N100m for those aspiring to be President. They collected N29b the money ASUU is asking for, for them to return to classroom.

“Less than one quarter of the money individuals pay to the party. The same ruling party running this government, just to participate in the primaries not the election itself. Look at the jamboree during the APC and PDP convention in Abuja here, it was a national shame. “We have a government in place which sits and watch all these things happen and nothing is done to check it. Look at the killings going on in the country, whereby Nigerians are killed like fowls, non State actors have taken over some segments of this country unchallenged.

“They are approaching Abuja. Yesterday they fought the soldiers at the road block new Zuma rock. Soldiers were killed, three days earlier soldiers were also killed on Abuja-Kaduna road near Bwari. Soldiers that belonged to Presidential guard at the President they are under attack in our nation’s capital and our people seems helpless, nobody has been apprehended and nobody has been prosecuted, why would the senators not call for the impeachment of the man at the helm of affairs?

On whether he thinks the senators are on a vengeance mission he said,

“No, when you elect somebody into the State Assembly or the national Assembly his mandate is for four years. Anything they want to do they can do within the four years.

“If they want to extend their vengeance to anybody that is the person’s business. Okay If they remove the President how does that give them back their mandates?

“Was it Buhari that stopped them from getting the mandate or the people they represent?

“Let the truth be told that if there is a free and fair election today 90% of the people in the national Assembly would not come back including the leadership because they have disappointed the people so it is not a question of vengeance, they just have to do their work, government is run until their tenure ends.

“While they are still in the national assembly they must act according to the constitution of the country.

The President has demonstrated his unfitness for the job. Let us not pretend about it, it is my party.”

Senator Kadiri also indicated that the senators have done their best in engagement with the president, “In other climes even without the proding from the national Assembly, or the trade unions or any CSO, the media aught to have highlighted the weaknesses in this government.

“It is always the tradition, more than half of the people never come back, that does not mean they are no longer leaders in their respective places, They are.”

“A lot of things befuddle me in this country. When I was in the Senate everybody knew me where I stood on issues and I still stand there today almost 20 years after I left the national Assembly.

“The national Assembly budgeted money for the military, but it is not the National Assembly that releases money to security. The money budgeted was it all released to the security operatives? Was the release lopsided? These are the questions to ask.

“Apart from some money used for military purposes, what of the University the former Chief of Army Staff built in Biu his home town? What of the Air Force man who built something else in Bauchi was that part of the security budget?

“There are many things wrong with this government. I voted to bring this man to power, I challenged my Brother Idris Wada who was a governor under PDP from my village, I voted him out of power but I am sad what I am passing through. I regret voting for my party in 2015 and repeating the same mistake in 2019 thinking that there would be change.

“No, I am not happy. So don’t blame the military. Was the money voted for them all released to them and if it was released was it used for the purposes for which it was budgeted?

“So the monies used by the former Chief of Army and Air staff was it money from the ministry of defense or is it that ministry of education decided to establish those universities in their homes. We don’t ask questions.”

Osun election outcome is feedback for the APC government- Fasua