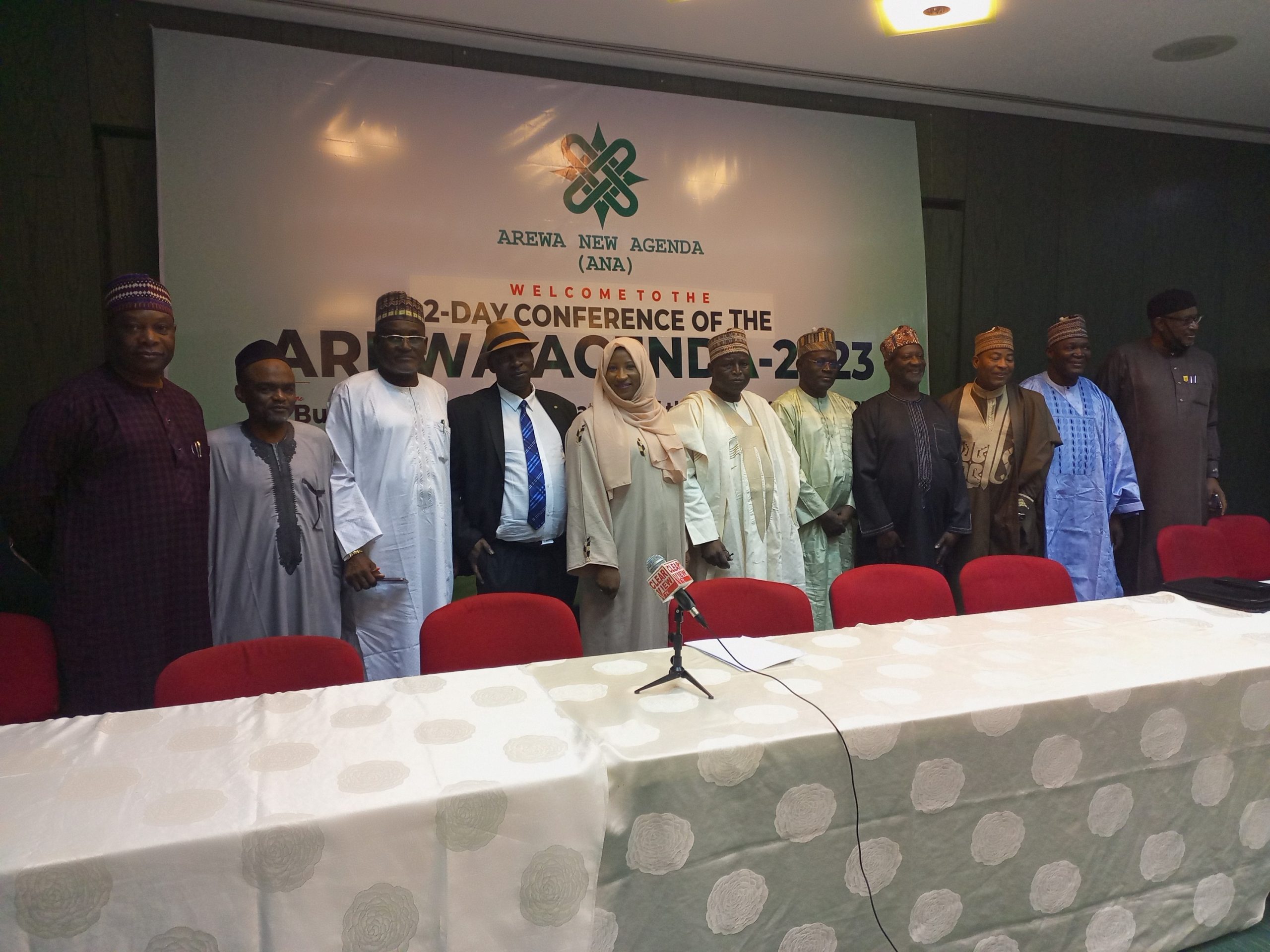 ***Boasts of determinant vote to produce next president

Arewa New Agenda (ANA) says it is not taking any chance with the next crop of leaders the 2023 general election would throw up, hence it is setting agenda ahead for whoever emerges as President to take into cognizance their voting strength which they said made it possible for the ruling party to win in 2015 and 2019.
They said in 2023 they are still holding the ace as the region that will determine who wins as president, hence they want the interest of the region to be protected.
They brandished figures from the last two election cycles which according to them accounted for votes from the 3 northern regions adding up to 75% of the votes received by the winning party; while the South West by virtue of “the merger” added 13% to this; to bring the total haul to 88%.
They spoke in Abuja on Wednesday, at a press conference which at the International Conference Center.
The coordinator/convener of the Forum Senator Ahmad Abubakar MoAllahyidi who addressed the press said the critical inference from the foregoing analysis is that, “Without the votes from the south west, the winning party will still have won the election, but will lack the 25% spread amongst 2/3rd of the 36 State requirement for outright victory”
What they are projecting they said,
“As it stands today the Arewa Agenda 2023 is meant to set an agenda for the protection of the interest of the north in relation to the determinant role it will play in the emergence of the eventual winner of the presidential election in 2023.
“While in 2015 and 2019 the North was needing only a marginal support to coast home to victory. This time around, the South will be needing the full strength of the North to lead the “bulk of the charge” by doing the heavy lifting.
“We are supporting the growth of the Nation as we “Envision a Nigeria where the north is capable, vibrant and takes ownership of its future”
“A time has come for us to streamline the continuing participation of the north and its people as usual in the process of governance and socio-political development of our great country Nigeria.

“The Arewa New Agenda 2023 seeks to promote the continuing prominence, relevance, involvement and participation of “the north” that will enable the rapid growth and development of the region in the Governance and service delivery structure of Nigeria post 2023 general elections.

“This is due to the strategic position the north occupies when it comes to determining leadership at all levels of Governance in the political processes of the democratic environment.
“As we approach the 2023 National elections it has become not only pertinent but expedient that we raise up to engage the occasion from the perspectives of the numerical strength the north wields in the political equation in the country.
“Current contextual analysis (Nigeria)
Nigeria remains the most populous country in Africa. The country has 36 States divided into 6 geo-political zones; and a Federal Capital Territory. “These zones are North West, North East, North Central, South West, South-South and South East. The population of the North-West Region alone is more than the population of South-East and South-South zones combined.
“We are going to be having a conference on the 6th and 7th september and in that conference we are inviting all the ethnic Nationalities in the 19 northern States to bring up issues, like the issue of insecurity, so many issues we want to hear from them.
“It is those issues the rappattoires will put together to form a compendium and this compendium will now serve as an Arewa agenda for whoever that becomes President to look into the pages of the Compendium and see what he can do for us.
“That document will not be cast in stone, it means that as we progress when there are more issues we put them there that is what we want to do but it must be an all encompassing and all embracing approach where everybody will have to say something. “It is not like if such a document does not exist by scholars but at every given time there are more challenges so we want to examine those challenges and bring them forward towards 2023 so that whoever that becomes the president this will become the Northern Agenda or position.”We are a group that seek to engage the issues, the real serious issues of the day and in that regard we are partizan with quality, who is the most qualitative person that can better lots of the north, given track record, give antecedents of all the contestants. “They are all known to us, they have a record of performance in public service, we are engaging with them as we are engaging with the Nigerian community
“We are looking at the issue based on the prosperity of the country as we are looking for the prosperity of the North.”