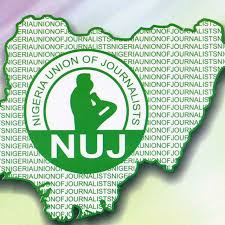 The International Centre for Investigative Reporting  ( ICIR ) in collaboration with the FCT Correspondents’ Chapel has commenced training of 100 journalists on data journalism, fact checking, open source investigation, mobile and multimedia journalism among others.

The Master Class training is designed to expose journalists to the fundamentals, principles and rudiments of modern day journalism instead of conventional way of storytelling and narrative journalism.

The training program is part of an initiative by the newly inaugurated executive of the Chapel sworn in on 21st of May 2022, to build the capacity of its members while carrying out their statutory assignments.

The training which was held virtually on Saturday in Abuja is also aimed at addressing the growing menace of fake news, misinformation and disinformation in the country.
About 100 working journalists from different media organisations ranging from the print, broadcast and online platforms participated in the online training and this will continue in batches in the months of August, September 2022.

The guest speaker who is also a lecturer of Mass Communication Department, University of Lagos (UNILAG), Mr Sam Ejiwunmi urged media practitioners to always observe the ethics of the profession and avoid rushing to break unverified news.

The Chairman of Nigeria Union of Journalists (NUJ) FCT Council, Comrade Emmanuel Ogbeche in his goodwill message at the flag off of the training said the union is excited with the training on multimedia and data journalism by the ICIR adding that this would broaden the horizon, capacity and skills of journalists in credible and accurate reporting.

According to him ” With the influence on technology on journalism, a multimedia knowhow as well as data is critical and it is our expectation at the NUJ that this training will help in providing credible and accurate reporting for our colleagues ”

On his part the NUJ, FCT Correspondents Chapel Chairman, Mr. Jide Oyekunle urged members to take advantage of the training to enrich and validate their reportorial skills and knowledge.

He also called on members to see the training as effective weapon and tool to fight against proliferation of fake news which has now become the bane of the profession.

Oyekunle said ” the training is coming at the right time when the political activities line up for the 2023 general elections are about to commence couple with the rising insecurity in the country”.

He said ” Misapplication of the journalistic Race Against Time (RAT) is one of the reasons for the rapid spread of disinformation and misinformation in Nigeria.

“Also the on race against time even by  trained journalists who want to be first to break the news.

“Lack of patience and resilience to get accurate information before disseminating information has embarrassed so many “experienced” journalists.

He therefore called on members to give priority to accuracy instead of speed adding that journalists should strive to break story that would promote and shape the unity of the country.

The Editor of ICIR, Ms. Victoria Bama described the pluralism of social media platforms as blessing to journalism profession just as she urged members to take the advantage to push out their contents for the public.

She called.on media organisations to make use of fact checking tools to cross check their reports before going to press.

Recall that the leadership of the FCT Correspondents Chapel had recently visited the management of ICIR on a strategic partnership and collaboration to organise a special training for their members.

The Managing Editor ICIR, Mr. Hamzat Ajibola commended the union for taking their time to visit the center saying it has shown that the new leadership of the Chapel is committed to the vision of changing the face of journalism profession for better.

He said ICIR was established with the vision of ensuring positive change of the country and set a pace for good and responsible journalism through training.

FUL VC cautions against use of religion, ethnicity, politics to destroy Nigeria

NBC Revokes Licences of over 50 broadcast stations in Nigeria