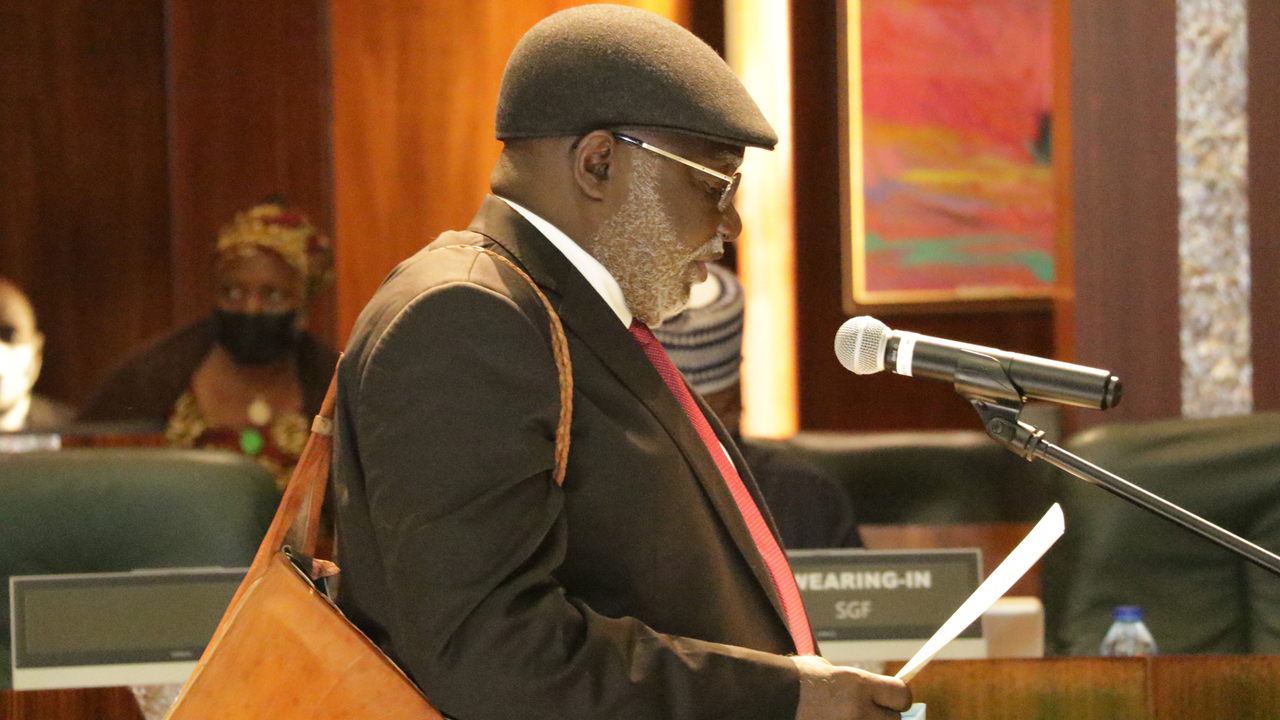 ***Confirms paucity of funds as raised by the justices still persists

The newly confirmed Chief Justice of Nigeria (CJN), Justice Olukayode Ariwoola has clarified the insinuation that there is crisis among Justices of the Supreme Court, as leaked memo to the immediate past CJN, Mohammed Tanko seemed to have suggested

Justice Ariwoola Who was confirmed as Chief Justice of Nigeria (CJN) by the senate on Wednesday made the clarification while responding to questions from Senators during his screening by the Senate
The Deputy President of the Senate , Ovie Omo -Agege, Chairman, Senate Committee on Judiciary, Senator Opeyemi Bamidele and other senators, had in their remarks before asking questions, expressed concern over embarrassment the purported petitions written to Justice Mohammed Tanko by 15 other Justices of the Supreme Court in June this year, caused Nigerians .
But Justice Ariwoola in response to the lawmakers’s remarked saying the Supreme Court Justices didn’t write petition to or against Justice Mohammed Tanko as CJN then, but an internal memo on how to address challenges being faced by them as regards welfare and lack of conducive working environment .
“Justices of the Supreme Court didn’t write petition to or against Justice Mohammed Tanko as CJN few months back but sent a memo where issues relating to welfare of each of the Justices and lack of conducive working environment of Justices at the Supreme Court generally were raised.
“We the Justices were embarrassed when we read content of our memo in the papers .
“It was never intended to be for public consumption since the motive  behind the memo was not to fight or bring down anybody .
“When the  hand written memo was signed by all the Justices , we didn’t allow  anybody to see it , making its leakage to the media to be like a miracle to us “, he said .
He however said most of the issues raised in the memo are still not attended to due to paucity of fund and poor funding of the Supreme Court in particular and Judiciary generally.
“Some of the Justices appointed in 2020 , have not gotten official accommodation , making them to be coming to office from Satellite towns within the FCT.
“Judiciary of Nigeria must be properly funded , we should not beg for our entitlements .
“More Justices need to be appointed as out of 21 needed in the Supreme Court, only 13 are left and for expeditious consideration of cases , some of the cases should be allowed to stop at the Court of Appeal through constitution amendment to that effect .
“The National Assembly should please help in this regard by carrying out required constitution amendments  needed “, he added.
On the delay in Justice administration, Justice Ariwoola said as Justice delayed is seen as Justice denied, so is Justice rushed, Justice denied.
According to him, the wheel of Justice may be slow but as long as it is steady, Justice will always be served on those who deserved it .
He added that appointment of Judicial officers, is different from dancing ‘palango ‘ as it takes a lawyer to be at the bar for a minimum of ten years before securing appointment as Judge of State or Federal High Court and minimum of 15 years for such appointment at the Court of Appeal.