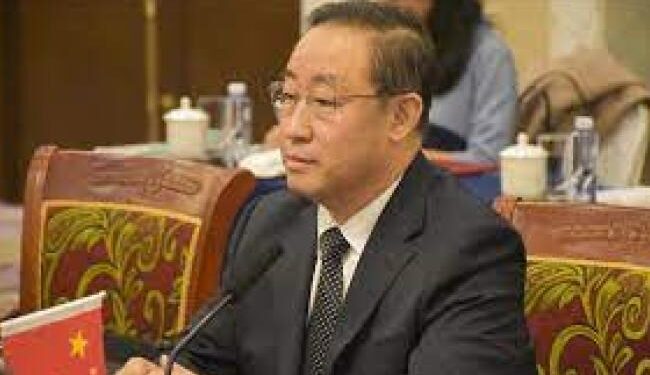 A court in Changchun handed him a death sentence on Thursday, which however will be commuted to life in prison after two years.

His sentence is coming following a sudden clampdown on officials ahead of a key Communist Party congress next month.

China’s ruling party holds the event once every five years and this time President Xi Jinping is expected to be given a historic third term and consolidate his hold on power.
Fu’s jail on Thursday came after the sentencing of three other former provincial police chiefs this week. All four men are not only accused of corruption but also of being disloyal to Mr Xi.

They are all alleged to have been part of a political circle led by another ex-security figurehead, Sun Lijun. Sun, who is currently awaiting his sentence, was said to have created his own political faction through helping elevate other officials in the security apparatus.

Xi Jinping famously promised to take out both “tigers and flies”, meaning corrupt cadres at all levels of the party. Surely, the public might ask, the “tigers” have already been eliminated?

Fu’s case is among several that have been widely covered. He was China’s justice minister from 2018 to 2020, after a career where he worked his way up from being a policeman to the deputy head of China’s Ministry of Public Security.

Ending terrorism is only way Pakistan can help Kashmiris’ India