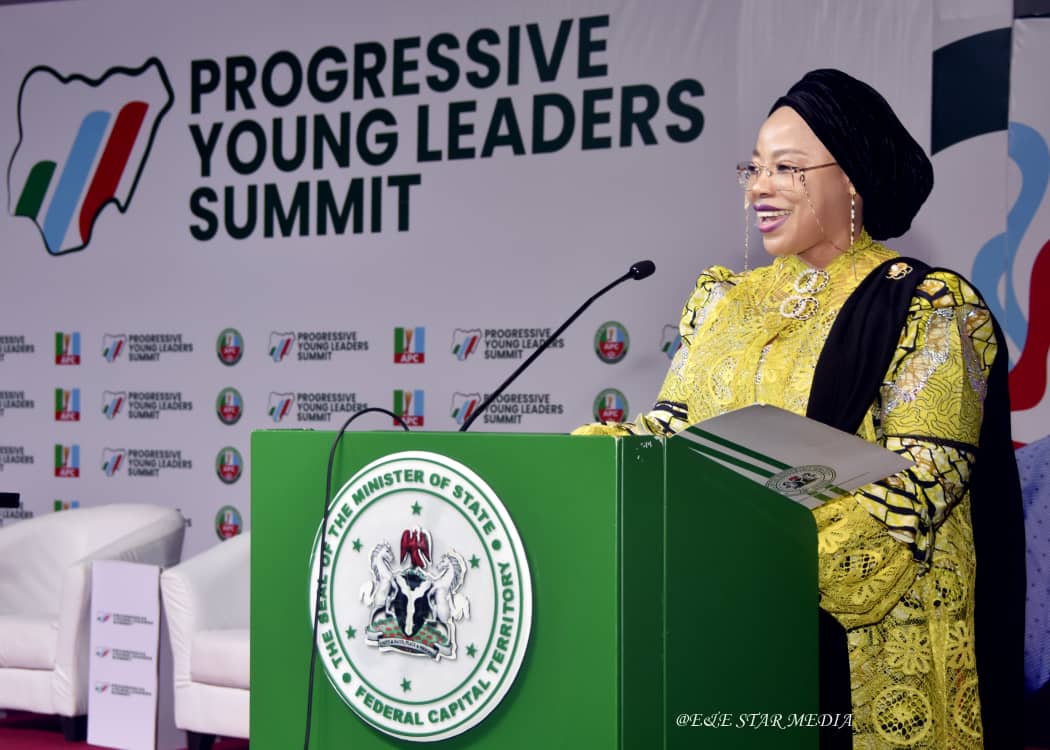 FCT Minister of State, Dr. Ramatu Tijjani Aliyu, has applauded the leadership of the National Youth Wing of the All Progressives Congress (APC) for championing what she described as generational balance.

The minister gave the commendation at the opening ceremony of the All Progressives Congress (APC) national youth wing summit holding in Abuja.
Special adviser on media to the Minister Austine Elemue in a statement quoted her to have indicated that the youth wing of the ruling All Progressives Congress is performing a critical role aimed at strengthening governance and ensuring that every segment of the society participate activity in the democratic process.

“Permit me to commend the leadership of this formidable group for coming up with this initiative aimed at advancing the role of young people in the next year’s leadership change and Nigeria’s future with forward-looking conversations centered on issues pertinent to generational balance, equitable representation, inclusive governance and youth empowerment through sustainable economic growth and development,’ she affirmed.

The minister added that the choice of the summit theme “Agenda 2023: The Nigeria We Want”, was not just apt and trite, but also provokes meaningful, youth-led conversations on innovations and ways to bring about needed reforms and changes in politics and leadership.
She said it has the underlying objective of keeping Nigeria on the progressive lane and ensuring social justice for a generation that has demonstrated its readiness and fitness for leadership and responsibility.

She, therefore, expressed the hope that the powerful personalities of past and present African leaders invited to join young Nigerian achievers of global repute as panelists to discuss on the growth of democracy, economic development, effective political organisation, public policy development, and institutional reforms, would do justice to the various issues outlined in the summit.

Earlier, the National Youth leader of the APC, Hon. Dayo Israel, revealed that the summit was to reshape the narratives of the country.
According to him, “I would like to reiterate to this important gathering that the role of youth in electoral activities cannot be overemphasized.
“They play an active role in mobilizing support for candidates and actual voting. They are active participants in election violence and also active users of social media”.
Those that graced the opening ceremony of the summit included the governor of Kebbi State, Alhaji Atiku Bagudu, former governor of Edo state and deputy national chairman of APC campaign council, Comrade Adams Oshiomhole, Wife of APC Vice Presidential candidate, Hajia Nana Shettima, APC national women leader, Dr. Betta Edu amongst other party stalwarts