FCTA asks Traditional Rulers to stay away from Partisan Politics 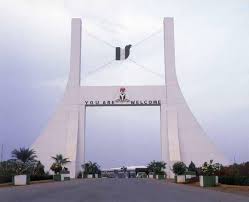 The Mandate Secretary Area Councils Services Secretariat, Hon. Ibrahim Abubakar Dantsoho, gave the admonition during a meeting with all graded chiefs held in his office on Thursday.

Dantsoho, who said the meeting was on the directive of the FCT Minister of State, Dr. Ramatu Tijjani Aliyu, also stressed that the warning has become imperative in view of alleged comments from some traditional rulers.
He stated that the traditional rulers should be fathers to all candidates aspiring for political offices, stressing that as custodians of traditional values and norms, they should stay away from partisan politics.
According to him, “I know many politicians will be coming to your palaces to seek for royal blessings and there is nothing wrong with such visits.
“However, you should not use your God given position to overtly or covertly campaign for any political party. You should also guide against certain utterances that can overheat the polity.
“I know as humans, you have the constitutional right to support any party of your choice, but you are not expected to show it openly in view of your fatherly role in the society.
“The FCT Administration is doing its best, and we should all work together so that we can all be on the same page”
The Area Council scribe also used the occasion to task traditional rulers to beef up security in their respective domains, just as he acknowledged pockets of security challenges in some selected chiefdoms.
Dantsoho said “So many things have been happening in the FCT rural areas and under your jurisdictions. We need to get feedbacks so as to know the areas where we as an Administrators can come in

“I know that issues of security is not an issue that only one or two persons seat to discuss considering the fact that the chiefdoms share borders and boundaries, and as such there is need for expanded round table discussions”.
The Mandate Secretary assured the traditional rulers that the Administration was doing everything possible to upgrade those who deserved to be upgraded, adding that plans are on top gear to provide utility vehicles to some of the graded chiefs in hard to reach communities.
In their separate responses, the traditional rulers pledged to support the FCT Administration towards a successful and peaceful elections come 2023.
Our correspondent gathered that 14 out of the 17 graded chiefs were present during the meeting.