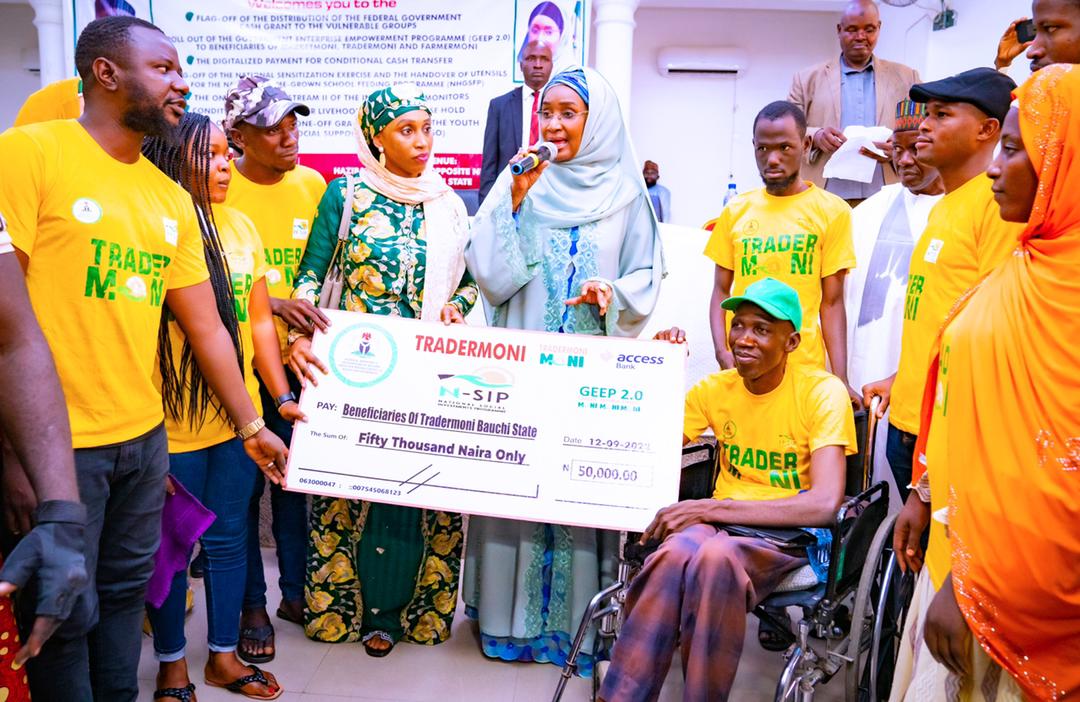 Special adviser to the minister on media Nneka Ikem Anibeze in a statement in Abuja on Monday, said the minister made symbolic disbursements to some of the beneficiaries on Monday in Bauchi.
She indicated that the beneficiaries received amounts ranging from N50,000 to N300,000 and are expected to pay back without interest within one year.
The Minister who also disbursed Cash Grants to 5,679 beneficiaries charged them to deploy the funds into profitable small businesses to increase productivity.

“This programme is being implemented in close partnerships with State Governments as a clear testimony and demonstration that Mr President is committed to work with all levels of Governments to address the issue of poverty which today is the core developmental challenge confronting us as a people.

“We are here to flag-off the Grant for Vulnerable Groups (GVG) in Bauchi State, Azare and in Darazo. The GVG is a Buhari Manifesto fulfilment project to all vulnerable groups, to sustain his social inclusion agenda on the poor, which is consistent with his compassionate and deliberate National agenda of lifting 100 million Nigerians out of poverty in 10 years.

380 Independent Monitors were also engaged and issued employment letters as well as specialized monitoring devices to enhance their responsibilities. 600 Internally Displaced Persons will also receive N50,000 among whom will be Persons with Disabilities and Senior Citizens.

“The flag-off payment of a one-off N50,000 grant is to selected IDPs under the Youth Empowerment and Social Support Operations (YESSO), with the objective of enhancing their entrepreneurial activities for self employment, create wealth and generate jobs for others. In Bauchi State, 600 beneficiaries will be granted a token N50,000”, Umar Farouq said.