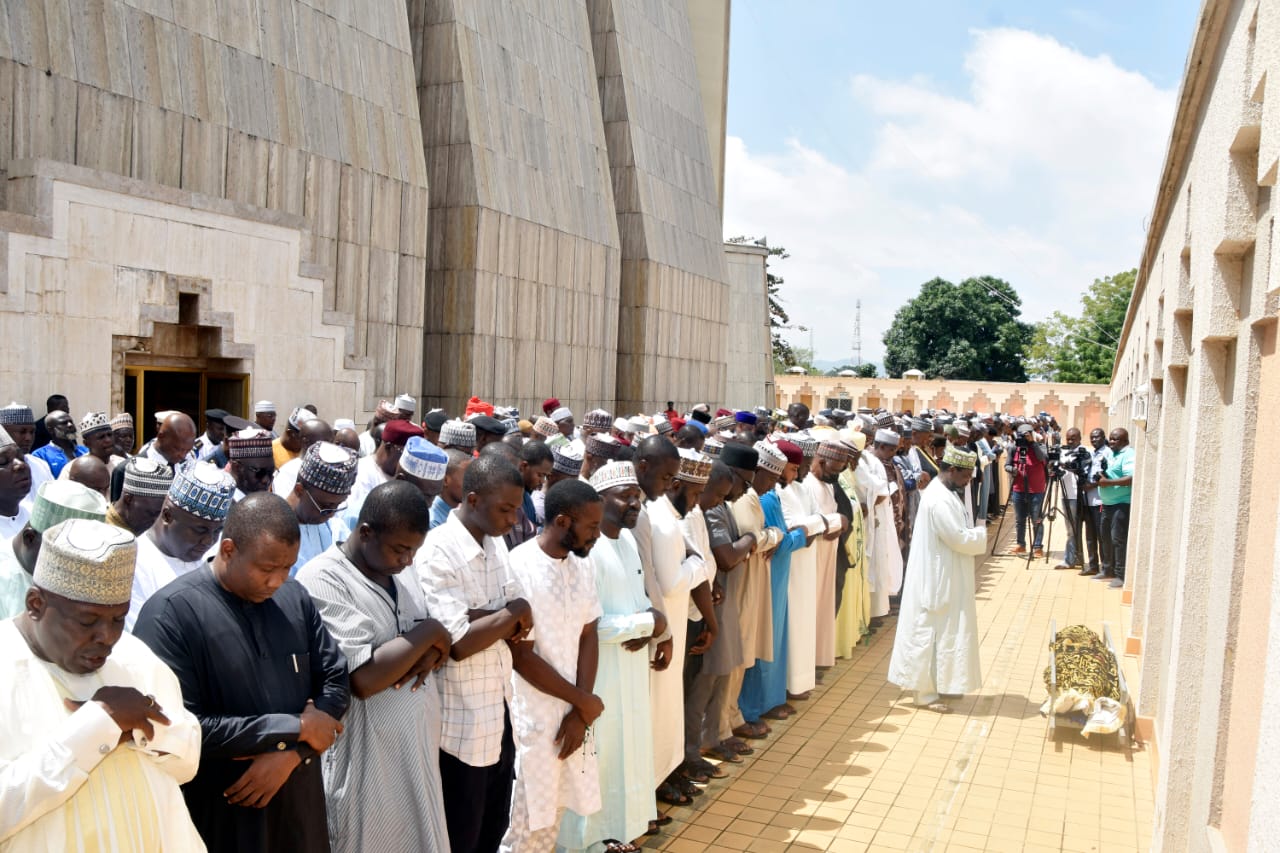 Special adviser to the minister Media Austine Elemue quote Governor Yahaya Bello of Kogi State to have spoken shortly after the Janaiza prayer held at the Gudu cemetery, saying that the late Zainab Sidi Ali lived a glorious and an exemplary life while on earth.
Bello equally admonished those still alive to emulate the exemplary life of the late Hajiya Zainab Sidi Ali.

He prayed that God grant her a peaceful rest and forgive all her sins
According to him, “We all believe that we come from God, and we shall all return to God, and today our sister, our mother has answered the divine call.
“She happen to be my direct sister, but we lost her today to the good hands of death. She has gone and she lived a glorious life.
“Today we have one of her children in the person of Dr Ramatu Tijani, who is exemplifying her attitude and her character, and her good neighborliness, by bringing people together.

“Now that she has gone back to God Almighty, we pray that God grant her, and forgive her all her sins. As Muslims, we believe we shall return to God, and she has returned to God”.
Bello, therefore, admonished the family members to continue to live in peace, take after her exemplary life, and continue to live together united, so that lives after this particular world would be a glorious one.
In his Janaiza prayers, the Chief Imam of Abuja Central Mosque, Malam Muhammad Kabir Adam, stated that death is a lesson to the living, as all mortals are bound to die.