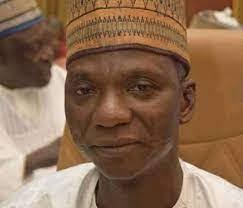 Niger State Commissioner for Health, Dr. Mohammed Mohammed Makusidi has rated the performance of the state in health sector high, saying it has not done badly.
The Commissioner who spoke at the validation meeting for 2023 Annual Operational Plan (AOP) for the health sector in the state, held at the Brighter Suit, Minna, Thursday, added that the recurrent expenditure of the ministry was 100 percent implemented so far, as no staff under the ministry is owe salary as at present.
He disclosed that under the health sector capital expenditure implementation the ministry has projects scattered across the state with some of them still ongoing, such as the remodeling of general the hospital in Minna, Suleja, Kontagora and Tungan Magajiya.
He added that all the 274 focal facilities across the state have also been given due attention and facelift in terms of remodeling, improvement on the infrastructure, availability of commodities and to a large extend human resource provision and development.
The Commissioner further stated that 2022 was the only year remaining for them to have full implementation of budget because by May 2023 the present administration in the state will wind down, saying the ministry is focused at the moment to ensure that the projects initiated that are near completion are delivered.
“I cannot say we are there yet but I know we have passed the half mark,” he added.
On the cost implication of the 2023 AOP, the Commissioner disclosed that they are looking at between N10 to N20 billion which includes what the ministry was hoping that their partners will bring to the table.
He said the meeting was an all inclusive and participatory meeting because their believe in the ministry was that everyone has something to offer and that they have a working document called Niger health 1.0 which means everyone is relevant, including the attendants in the ministry.
“You can see the way we are working here, even the lowest staff is bringing his or her idea that will better the system. Most Importantly by so doing everybody will know what is really happening so that we will have same shared vision and that will also bring about ownership,” the Commissioner explained.

He added that the event of the day was an exercise to plan activity that is possible to do, viable and impactful, looking at the cost element that can be funded in order not to be overzealous and later abandoned.
The Commissioner also called on the public to pray for the government and also support its programmes and policies, as well as take ownership of health facilities in their respective communiti
Objectives of the meeting were, to review the draft 2023 AOP, make corrections, inputs and improvements into the draft 2023 AOP, verify and validate the draft AOP, as well as identify the next step.