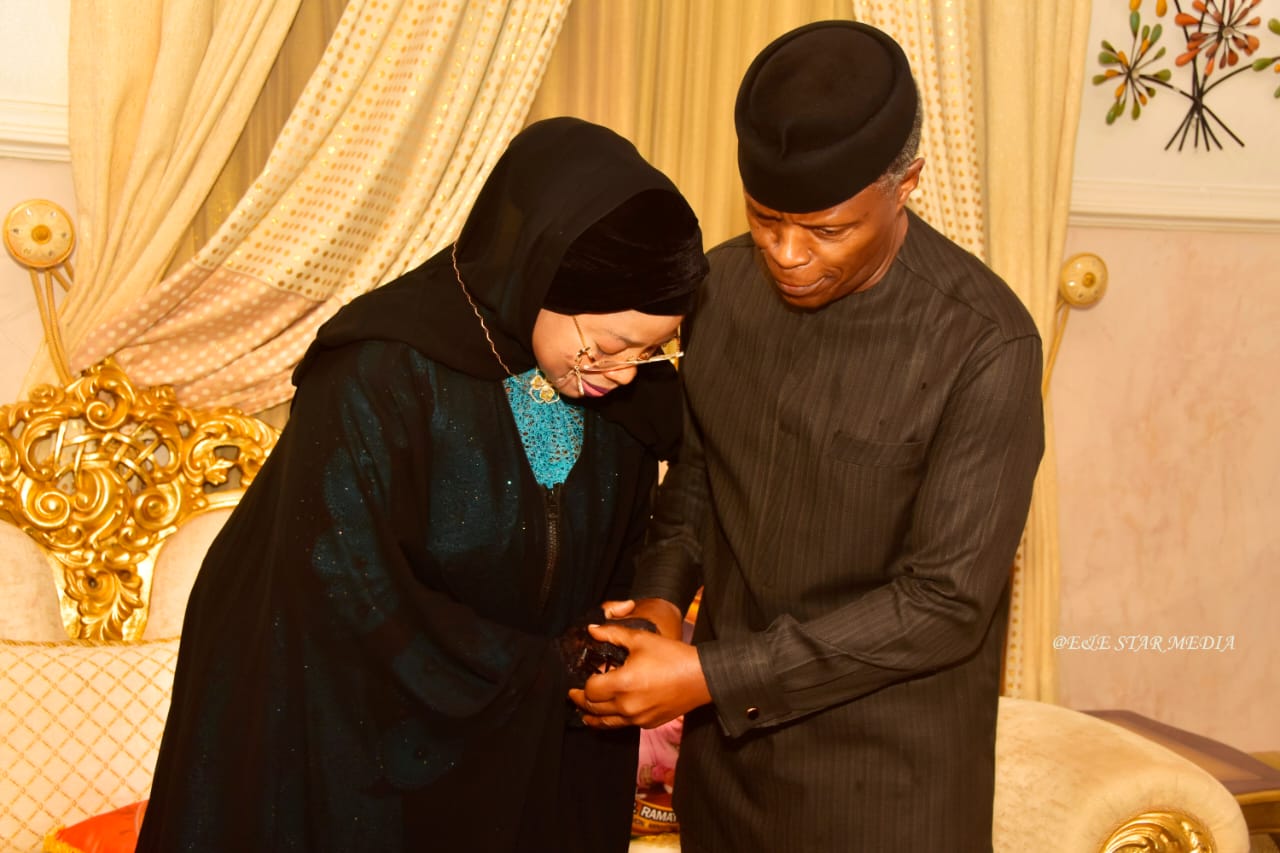 Media adviser to the minister Austine Elemue in a statement indicated that among dignitaries who visited the home of the Minister to commiserate with the family were Vice President Yemi Osinbajo, his wife, Oludolapo Osinbajo, National Chairman of the ruling All Progressives Congress (APC), Sen. Abdullahi Adamu, Minister for Special Duties, Sen. George Akume and Sen. Philip Aduda
Others he said were Director General NDLEA, Gen. Buba Marwa, Gen. Abdulrahman Bello Dambazau, and Gen. Tukur Yusuf Buratai

According to him, the wife of the APC Vice Presidential candidate, Haj. Nana Kashim Shettima, Minister of State for Niger Delta, Mrs. Sharon Oliver Ikeazor, Minister of State for Industry, Trade and Investment, Maryam Yalwaji Katagum, Wife of the Secretary to the Government of the Federation, Mrs. Olufumilayo Mustapha, among others also visited to condole with the minister.

According to the statement, the Vice President, Prof. Yemi Osinbajo In his condolence said the contributions of Late Hajiya Zainab Sidi Ali, in the lives of so many, especially the less privileged, will remain indelible.
According to him “We are here to commiserate with our dear sister, the Minister of State FCT, her husband and the family over the sad demise of our mother.
“Of course, when we heard, we were deeply shocked because she wasn’t particularly old, so we were shocked that she had passed on. We ought to have been here yesterday, because the minister is very dear to me and my wife, and we have a relationship over so many years.
“This loss is very personal to us as well, that is why we came to commiserate with her, the family as well as the good people of the Federal Capital Territory.
“All we can say is, it is God who gives life and He is the only one who can take life. None of us have any control over when we come or when we go. All that we are left with is the memories especially the contributions in the lives of others that the departed had made.
“We are very confident that in the case of our mother who made significant contributions in the lives of so many especially those who are less privileged, the poor and the vulnerable, will remain indelible in our minds.

“So, we just want to thank God for her life and pray for comfort for our dear sister and the rest of the family and to say a prayer that all of us will live long to mourn all of our elderly people and we ourselves will live very long”.
Earlier, the 17 graded chiefs in the FCT also paid condolences to the bereaved family.
The traditional rulers led by the chairman of traditional council of chiefs and Onah of Abaji, HRM. Dr. Adamu Baba Yunusa, prayed that the good Lord grant late Hajiya Zainab Sidi Ali, eternal rest and make the highest paradise be her abode.
“May God grant the family, the good people of Kogi State and the good people of the Federal Capital Territory, the fortitude to bear this irreparable loss”, he added.