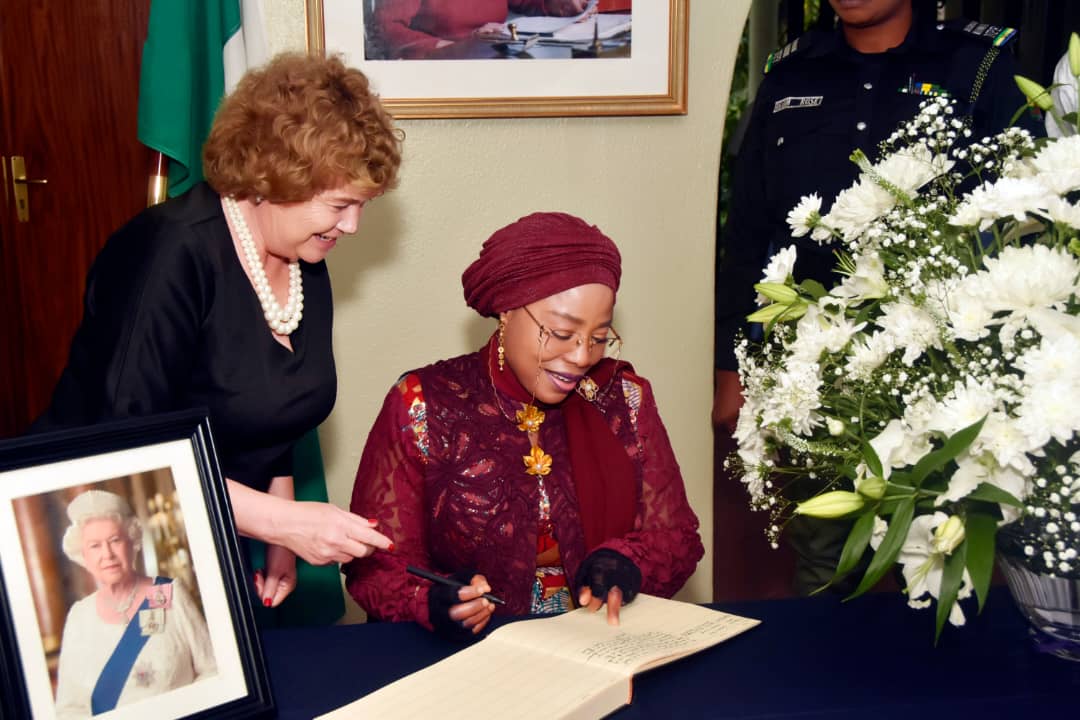 The FCT Minister of State, Dr. Ramatu Tijjani Aliyu, has paid a condolence visit on the British High Commissioner in Abuja over the death of Queen Elizabeth II.
Special adviser on Media To FCT Minister of State Austine Elemue in a statement issued in Abuja on Monday indicated that during the visit to the British High Commissioner, Her Excellency, Ms. Catriana Laing, Aliyu
described the late monarch as a mother whose leadership and steadfastness was admired globally.

While signing the condolence register, Aliyu said, “I write to commiserate with you over the death of Queen Elizabeth II, who died peacefully at Balmoral Castle in Aberdeenshire, Scotland, aged 96-year.

“Her Majesty was not just a British Monarch, but a mother whose leadership and steadfastness was admired globally.
“Her visits to Nigeria in 1956 and 2003 respectively are clear demonstration of her motherly love to all Commonwealth Nations.
“She lived a life of “full circle” overseeing the affairs of 15 Prime Ministers in her 70 years of reign”.
She, therefore, expressed her deepest and sincere condolences to the Royal Family, Britain and indeed to the entire Commonwealth community, stressing that the Queen’s “death marks the end of an era”.
The minister also prayed that God will grant King Charles III and the Royal Family the fortitude to bear this irreparable loss.