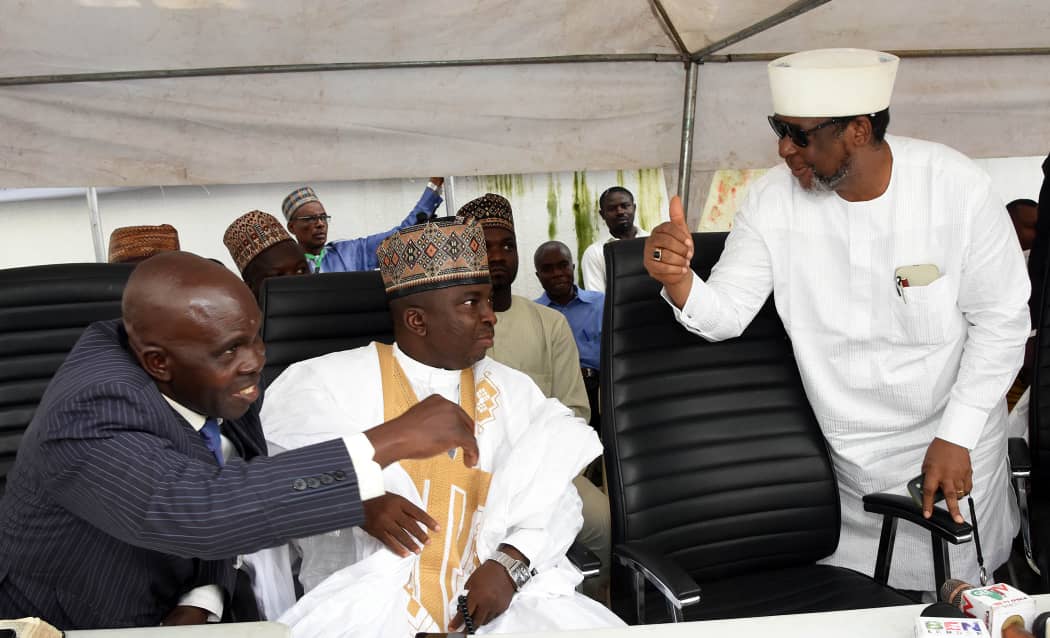 ***Only Tinubu can fix Nigeria’s Economy

Speaking in Abuja at Asiwaju Project beyond, an Inter-Faith special prayers program for the kickoff of Tinubu/Shettima campaign in Abuja on wednesday he said it is only the APC presidential candidate Ahmed Bola Tinubu that can revive the Nigerian battered economy
“We may not have a budget, but with Bola Ahmed Tinubu, he can re-engineer the economy of Nigeria. Remember when he took over as Governor of Lagos State the internally revenue Generation we N600m, now we are talking about N51b monthly building on his foundation.

He said when it comes to re-engineering the economy it is Tinubu adding that he will so turn around the economy that Nigerians in the diaspora will return.

According to him, Asiwaju has distinguished himself from many of the Presidential Candidates because I have known him for a long time.

“He is a man with experience, he was a governor, senator. He was a radical member of NADECO that brought positive change to Nigeria and he is a patriot, a bridge builder, he made people, he has disciples almost all over the States
“So he is a man that is a round peg in a round hole. As Rev Kukah said, this controversy of Muslim/Muslim ticket, we are not looking for a religious messiah. We are looking for a leader that can take us out of the problem we have.
“Poverty does not distinguish between Muslim and Christians, bandits when they attack don’t distinguish between Muslims and Christians. We need somebody who can solve the problem of Nigeria and that man is Asiwaju Bola Tinubu.
“I happen to be very close to his wife, senator Oluremi Tinubu who herself is an ordained pastor in the Redeemed Christian church. We are members of the Christian legislators fellowship in the National Assembly, every Wednesday we pray together, every staff and senators in the national and Oluremi Tinubu plays a major role there.
“Who can be close to a man than the wife. So I can not see senator Oluremi Tinubu giving our candidate the wrong decision that will be against the interest of Christians.
“We have her as a strong hold for the Christians so the argument or debate over the same faith ticket is not really the issue. This is the man who can rebuild the Nigerian economy. The Nigerian Economy is in trouble. We are praying that even in 2023, we will have a budget.

“When I look at the social media, I laugh, when there are tree mangoes trees one has no fruit all, one has fruits but they are green and the third has leaves and ripe mangoes it is that one that will receive the stones, that is what is happening with Tinubu because he has something to offer that is why people are criticising him.
“What is important is how he will revive the economy not just wining the election. How he resolves the issue of security and we know that he can do it”

“We commit Asiwaju project to God’s hand and we believe that whatever we commit to God’s hands always end in big success and by Gods grace Asiwaju will become the President if the federal Republic of Nigeria come 2023.