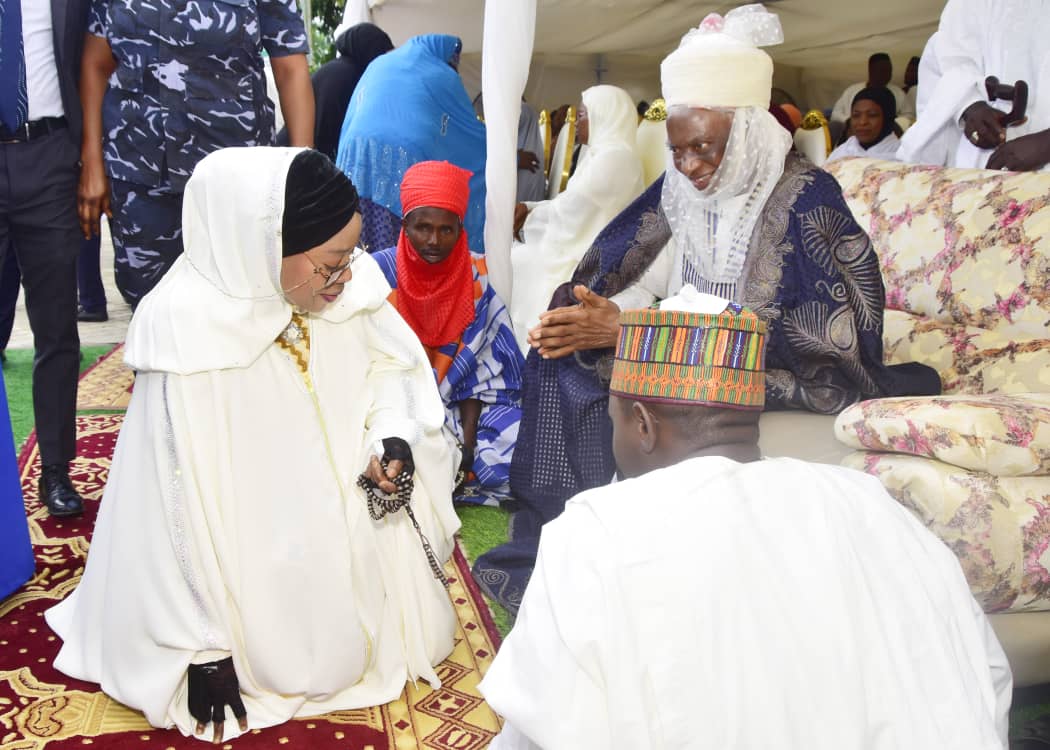 ***As senate president extols her virtues

Special adviser on Media to the FCT Minister of State Austine Elemue in Statement listed Some of the dignitaries and Islamic scholars that attended the Fidau to include the Oyinoyi of Ebira Land, His Royal Majesty Alhaji Dr. Abdul Rahman Ado Ibrahim, Alhaji. Aliyu Atairu, the Galadiman Sokoto, who represented the Sultan of Sokoto, His Eminence, Alh. Abdulsaad Abubakar II,

The prayers led by the Chief Imam of the Mosque, Dr. Musa Olaofe, stressed that Hajiya Zainab Sidi Ali, has played her part as a true Muslim while on earth, just as he called on the living to pray for her.
Ahead of the third day prayers, Nigerian Senate President, Ahmad Lawan, extolled the moral values the late Zainab Sidi Ali, has bequeathed to her children.
While describing the FCT Minister of State, as a steadfast and committed politician who has contributed to the development of the downtrodden, Lawan noted that all the good qualities exhibited by the minister are inherent.
Lawan said, “We share in the grief over the loss of your mother who is also our mother. We have been working together even before you became a minister, and we have always found you to be steadfast, to be committed, to be truthful, to be transparent, to be considerate, and responsible.
“We cherish this kind of attitude. In everything, you are so good. Therefore, we hold you in very high esteem, and your family.
“We felt we should come here and deliver our condolences on behalf of all of us, 109 senators of the Federal Republic of Nigeria, and indeed I can say even the entire House of Assembly, including the House of Representatives. May the soul of mama rest in perfect peace”
Others that attended the prayers include HRH Alh. Suleiman Muhammad, the Ogah Attah Igala kingdom, Alh. Dr. Abdulkareem Ibrahim, Chief of Ebira in FCT, Alh. Ahmed Talib, Alh. Isa Mamman, the Ohi of Okene, Alh. Dr. Usman Ngakupi, Sarkin Garki, Alh. Ibrahim Adebayo Yusuf, Deputy President Ansar-UD-Deen amongst others.