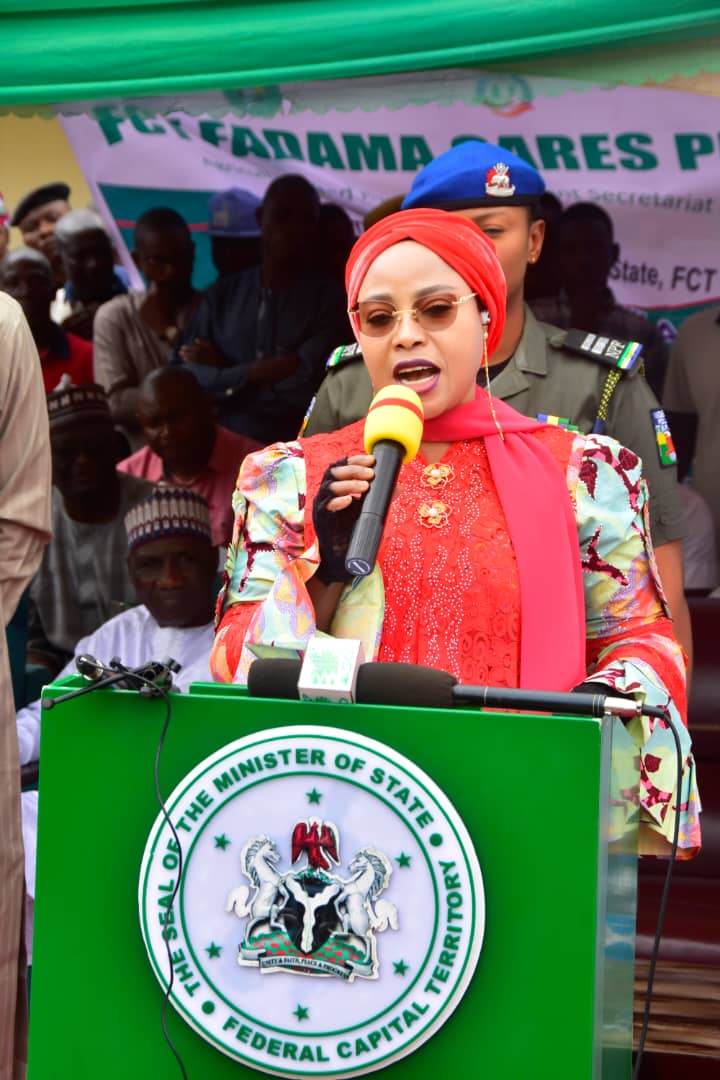 The Minister of State for the Federal Capital Territory, Dr. Ramatu Tijjani Aliyu, has canvassed for adequate funding for projects in the satellite towns especially the 5,000 Wassa Affordable Housing project in the territory.
This was just as the minister expressed the commitment of the Administration to provide houses that are truly affordable to the targeted audience.
Aliyu spoke during the Senate Committee on FCT oversight visit to projects in satellite towns in company of management staff of the Administration.
At the inspection of Wassa affordable housing site, Aliyu sought greater collaboration of the National Assembly for funding of the project to ensure that houses are truly affordable.
She disclosed that, though there are security challenges on the site, she commended the firm for building a police post to tackle security challenges in the area.
The minister explainex further that, “The Apo-Karshi road, when completed, will ease access to township, ease commuting by indigenes and residents from Karshi and other satellite towns.
“So constructing that road and completing it will give us value for money, even for the affordable housing and other developments. We have identified where the problems are, which is particularly about funding which is due to economic downturn and the inflation rate, so we are reviewing our project rates vis-a-vis the current cost in the market to expedit action on the projects.
“We will look at the document again from the period the contract was of awarded to date. When our administration came in 2015, we have been able to pay all that is required of us, yet the company is unable to complete the job.
“It is not easy to say we will terminate a contract in overriding public interest, because some times litigation can deprive residents and take longer period to conclude”.
However, the senate committee has expressed dissatisfaction over the delay by the contractor handling Karshi – Ara and extension of Karshi – Apo – road, over .
Chairman of the committee, Senator Smart Adeyemi, who led other members of the committee on oversight visit, said it was a shame for an indigenous construction company to betray the trust of FCT Administration and the National Assembly, by awarding the contract to the firm.
He said the company had acknowledged the full funding of the project by the current FCT Administration, and there was no reason for the firm to give excuses instead of delivering as scheduled.
Adeyemi regretted that a contract that was awarded in 2011 has not been completed for several years, which he described as a failure.
He, therefore, directed the contractor to appear before the senate for explanation next week Thursday.
It could be recalled that the Apo -Karshi road project was awarded to M/S Kakatar’ CE . Nig. Limited in 2011, with the completion period of 20 months.