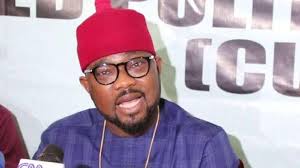 ***Also for moving against 23 staff behind the fraud

The Coalition of United Political Parties, (CUPP) has applauded the Independent National Electoral Commission (INEC) for uncovering, deleting over 2.7 million fake registrations and identifying 23 personnel who carried out the fake voter registrations.
The Opposition Coalition CUPP via its Spokesperson Ikenga Imo Ugochinyere bursted and exposed the irregularities few weeks ago.
Following the exposure the electoral umpire had moved against 23 of its staff who were identified to be behind the fake Registrations and compromise of voters registration exercise popularly called Omuma Magic

Mahmood Yakubu, INEC chairman, on Wednesday at the third quarterly meeting with political parties said after a rigorous clean-up of the data using the automated biometric identification system (ABIS), 2,780,756 (22.6%) of the registrants were identified as ineligible and invalidated.
Ugochinyere in a statement said INEC confirmation has vindicated the opposition parties who uncovered the Imo APC sponsored plot last month.
The Coalition also said that with the confirmation by INEC, Governor Hope Uzodinma has been disgraced and his ‘Omuma’ magic deleted.

The opposition political parties and CSOs said with this vindication, a national honour should be conferred on CUPP spokesman, Ugochinyere for this laudable exposure.

The opposition parties therefore called on the inspector general of police to do the needful by arresting those behind the evil act.

They also called on him to ensure the release of INEC Staff, Chidiebere currently in detention in Imo state.

The CUPP statement said, “At a meeting today, INEC confirmed our intelligent discovery.
Quoting the INEC Chairman the said, After a rigorous cleaning-up of the data using the Automated Biometric Identification System (ABIS), a total of 2,780,756 (22.6%) were identified as ineligible registrants and invalidated from the record.
“Among them double/multiple registrants, underaged persons and outrightly fake registrations. The Commission deployed thousands of diligent staff for the CVR exercise and the vast majority of them discharged their duties conscientiously. Unfortunately, a few of them did not. “The fictitious registrations were carried out by some of our Registration Officers involved in the field exercise and could easily be traced. Each registration machine is operated using an access code tied to a dedicated e-mail assigned to a staff. “There is therefore an audit trail that gives the total number of persons registered by each official involved in the registration exercise.
“In some cases, some of them made as many as 40 attempts or more to register one fake voter. As a result, the Commission has so far identified 23 Registration Officers involved in this unethical conduct and disciplinary action has commenced.
Continuing the CUPP statement reads,
“As INEC has done the needful by deleting these fake registrations. We urge the IG of police to arrest the culprits. Yet again Hope Uzodinma APC led government has been disgraced and their plot to rig the election thwarted.
“We at the opposition will not rest, we will continue to do the needful, and ensure that Nigerians get the free and fair election they deserve.”