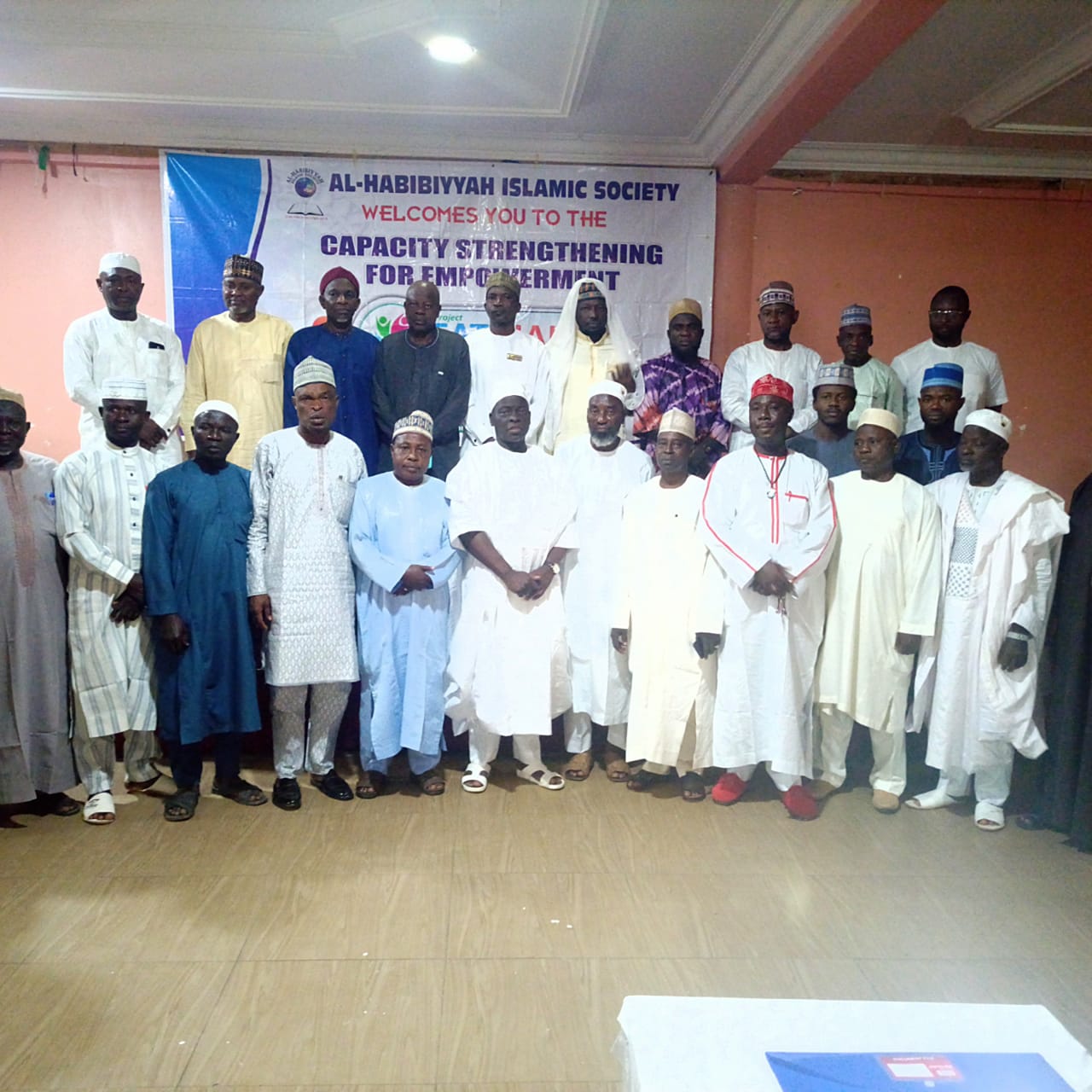 National Chief Imam of Al-Habibiyyah Islamic Society Imam Fuad Adeyemi, has called on Muslim clerics in the country to engage in wealth creating ventures that would make them economically self-reliant.

Imam Adeyemi made the call in his opening remarks at a two-day Capacity Strengthening for empowerment organised for Imams by Al-Habibiyyah Islamic Society on Sunday in Lokoja.

He pointed out that training Imams on wealth creation had become imperative to enable them engage in fruitful ventures that would generate income for their personal and family needs without waiting for handouts.

Adeyemi explained that as clerics it was incumbent on the Imams to have something doing to generate income to meet their daily needs without waiting on anybody for their upkeep.

This, according to him, will make them to always speak the truth on issues in line with the precepts and directives of Allah and urged them to always unite and lead the people in the right ways instructed by Allah.

He noted that if the clerics had told the truth on the consequences of their actions, those causing crises in the country today would probably have had a change of heart.

According to him, when the islamic clerics become self-reliant economically, they would always have the mind to tell the truth without fear of favour.

Adeyemi who is known for his forthrightness on national and religious issues revealed that the Al Habibiyyah Islamic Society embarked on the training of clerics as part of efforts to altar the narratives.

He said that the Society signed a Memorandum of Understanding (MOU) with National Directorate of Employment (NDE) and All Famers Association of Nigerian (AFAN) to train the Imams on skills and Agribusiness.

He hinted that the Society had also secured no fewer than 70 training slots for Imams adding that efforts were being made to partner SMEDAN with a view to sourcing funds for them to commence small scale enterprises on their own.

On the current electioneering campaigns towards 2023 General Elections, Adeyemi admonished politicians to based their campaigns on issues and not to run themselves down.

He said that the NDE had, for years been training individuals, groups and other categories of people in the bid to make them self-reliant and employers of labour rather than job seekers.

Zakaria said that free training opportunities abound in NDE adding that the Directorate was ready to train as many as would make themselves available in various skills and vocations to make them self-reliant.