Ogbo describes Bello’s govt as a revolution against leadership recycling 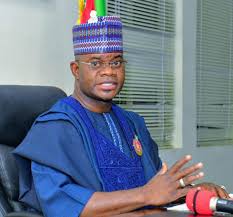 Rector of Kogi State Polytechnic, Lokoja, Dr Salisu Ogbo Usman has described Governor Yahaya Bello’s government as a silent revolution against the recycling of leadership constituted mainly of the the bourgeoisie in the state.

Ogbo who disclosed this during his 50th Birthday Anniversary celebration in Lokoja said the polity assumed a level where children of “nobody” could never aspire to leadership positions.

He said he went round campaigning for Gov. Bello believing that he (Bello) was the best person that could “liberate some of us from poverty” as leadership was being recycled.

He said that when it was time for leaders to live, they brought their in-laws or their children without thinking of “those of us whose parents did not go to school or have any means.

“It means tomorrow, we can never be governor and can never be anything. Clearly, if our parents served their parents and we are serving them now, it means our children will still serve their children.

“My spirit does not accept this and that is the reason why I believe that His Excellency who was not born with a silver spoon, would be the best candidate to alter the status quo and give hope to the hopeless.

“The way he started showed courage and it takes courage to challenge the status quo. Nobody even gave him the opportunity or the chance of becoming a governor but today, he is.

“I call what we are doing silent revolution because these children of nobody have become somebody”, he said.

“They said he had brought a thug and a cultist. I was hearing but if not for anything even if I did not go to school, I should learn administration by mentorship.

“Even if I did not go to school, I should be able to know how to apply wisdom and how to apply native intelligence to get results. And of course, we on our part when we came Kogi State Polytechnic have carried out a lot of reforms. (Ends)