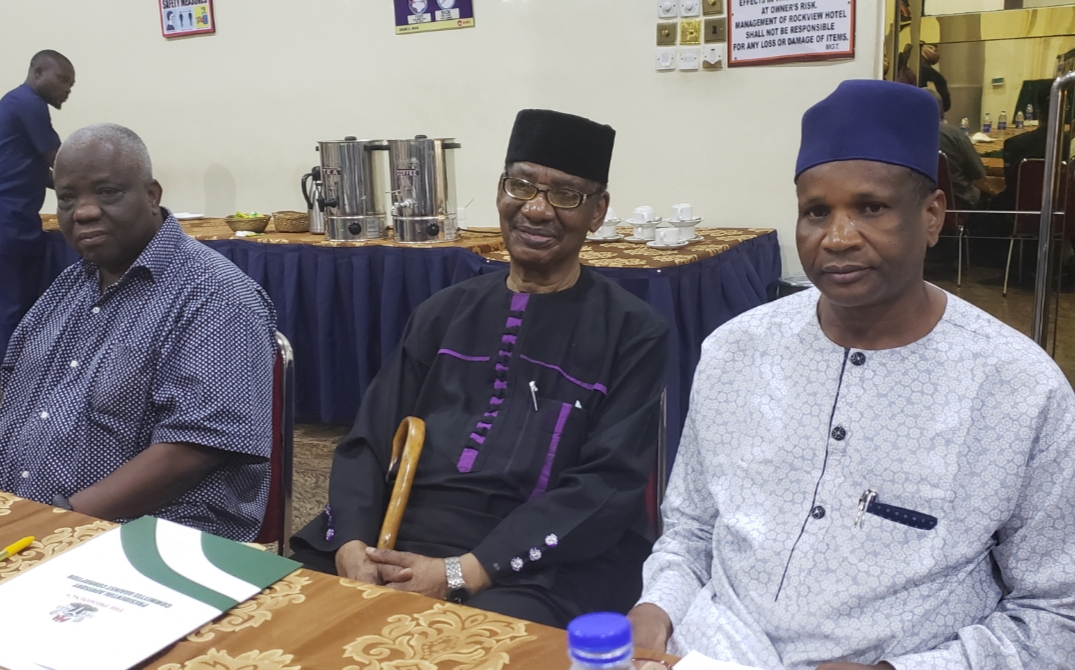 The Money Laundering Act 2022 and the Terrorism Act 2022, are the new advance weapons used to tackle the two major national scourges of Terrorism and money laundering in the country, Chairman Presidential Advisory Committee Against Corruption, (PACAC) Itse Sagay has declared.
Speaking at a one day event in Abuja on Thursday, Sagay noted that the scope of the Acts exceeds not only what was normally considered as money laundering, but also institutions and provisions, not contained in the 2011 Act.

He said that the emphasis on the inclusion of non-financial institutions within the operations of the Act was an acknowledgment of the significant financial activities of Lawyers, and Accountants particularly, who engage in the movement of money on behalf of their Clients.

“Thus the scope of this Act is very comprehensive and greatly exceeds what we normally consider as money laundering.

“For example, it creates a new body within the EFCC called The Special Control Unit for the effective implementation of money laundering provisions of the Act in relation to the designated non-financial businesses and professions

“The standard meaning of Money Laundering is limited to laundering dirty money, 1.e., investing money obtained by unlawful means into another business which obscures or obliterates the origins of the money invested.
“Blacks Law Dictionary (8 Edition) defines it as “The Act of transferring illegally obtained money through legitimate people or accounts, so that it original source cannot be traced. P. 843.

“It is for this reason I believe, that the draftsman did not include the definition of Money Laundering in the Act. It is a sweeping piece of legislation which covers every type of illegitimate financial transaction not only through the banks, but also through non-financial bodies and even between individuals.
“Technically giving anyone a gift of money above 5 million naira, outside the banking system is an offence. Even if a transfer of funds is within the permitted limits, but is the proceed of a crime to the knowledge of a bank or of a non-financial institution, it must be reported to the EFCC. This clearly demonstrates the illegality of money

“Spraying at parties particularly when the sums sprayed exceeds N5 million or its equivalent in other currencies,” Sagay revealed.

The PACAC Chairman explained that it was clear that the new Act’s sweeping provisions were meant to guarantee that no unlawful transaction could go outside the ambit of the EFCC
as the present situation in which financial crimes Proliferate so much that it is almost choking the country’s economy.

He disclosed that the Terrorism Prevention and Prohibition Act 2022 was also going to repeal the Terrorism (Prevention) Act 2011 in order to expand the provisions of the earlier Act and Provide an Effective, Unified and Comprehensive Legal Regulatory and Institutional Frame Work for the Detection, Prevention, Prohibition, Prosecution and Punishment of Acts of terrorism or terrorism financing, Proliferation of Terrorism and Proliferation of Weapons of Mass Destruction in Nigeria.

He said that the Act was promulgated as part of international cooperation with the United Nations and its member States to suppress and eliminate acts of terrorism everywhere in the World.

According to Sagay, this gives Nigeria the power to proclaim a person or any entity a terrorist or terrorist financier, it also gives Nigerian Court’s extra/territorial jurisdiction in relation to terrorism financing which also contains provisions for freezing, search and seizure, confiscation and forfeiture of terrorist property.

He acknowledged that it was encouraging that Nigeria has now engaged in more vigour in the war against terrorism adding that there must be no quarter to terrorists, who constitute a blight to the individual and collective existence in Nigeria.

Also the Executive Secretary, PACAC, Professor Sadiq Isah Radda called on the media and Civil Societies to perform their duties of informing the public about the fight against corruption and the efforts that have been applied to bring the menace to its bearest minimum by the government and relevant agencies as this could be better done or propagated by the media.

The Executive Secretary said that the Government was making efforts to fight the menace of corruption because this fight was not a choice but a necessity for the development of the country adding that “people who have stolen from the common wealth of the nation should not be allowed to enjoy this proceeds of the crime.”

He also stated that money laundering was a big problem not only on the part of apprehending the perpetrators but also in terms of spreading the awareness and knowledge of the laws that are put in place to fight corruption which noting that there was no going back in fight against corruption, terrorism and money laundering it as long as this present administration was concerned.