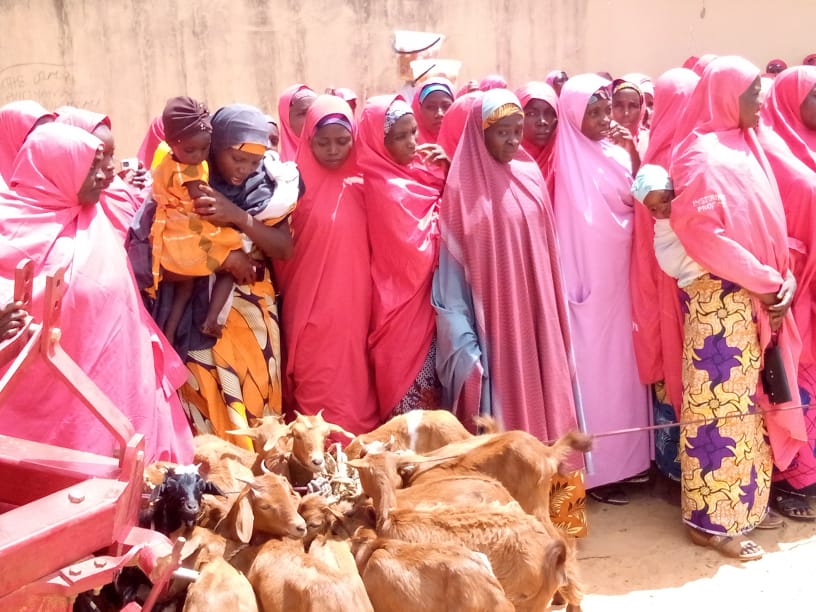 The Save the Children International (SCI) has flagged off disbursement of empowerment packages to over 8,500 persons under 340 male and female community groups in Kiyawa local government area of Jigawa state.

Flagging off the distribution of the empowerment packages, the district head of Kiyawa in Kiyawa local government of Jigawa state, Alhaji Adamu Aliyu Kiyawa directed that the empowerment for 21 community based organisations who mismanaged the earlier support from the organisation be withheld.

The district head expressed disappointment with the leaders and members of the groups for what he described as insincerity and lack of patriotism saying they should not be allowed to go scot free.

Alhaji Aliyu explained that those that misappropriated the earlier empowerment packages are not be given any this time around untill they return the earlier one and judiciously use them before they can benefit from the second round.

He commended the other remaining groups that showed sincerity by making very good use of the support.
He encouraged them to continue with the good works adding that it would surely speed up development and progress of their group as well as the communities.

The district head also lauded Save the Children International (SCI) for the gesture and foresight in improving the lives of the people and the children in particular.

Speaking earlier the chief party of the INSPIRING project in Jigawa state, Dr. Isah Adamu said the programme is part of SCI projects that will end this year, “as part of our determination to ensure that the communities continue and maintained the pneumonia prevention and control in their areas.

According to him “You are being empowered to give you source of livlihood to continue financing yourselves and all your children and the pregnant women health care delivery services.