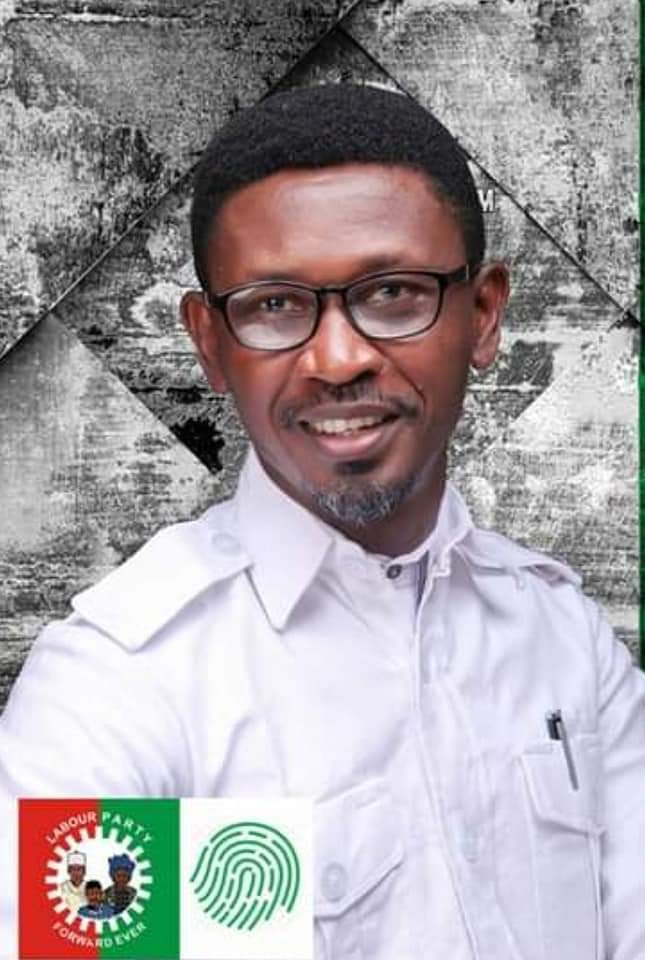 The National Youth Leader of the Labour Party Anslem Eragbe, who was suspended recently by the leadership of the party has described their action as illegal, null and void.
Eragbe who spoke on Saturday to newsmen in Abuja insisted that allegations levelled against him by the party are baseless and unfounded.
The National Publicity Secretary Comrade Arabambi Abayomi, at a press conference on Friday, said the suspended youth leader forged the signature of the National Chairman and National Secretary with which he allegedly carried out unofficial assignments.

In his reaction to the allegations, Eragbe described every allegations levelled against him as an act of witch hunt.
He explained that the allegations raised by the National Publicity Secretary of the party were out of place.
On fundraising, he explained that the “proposal was explicit adding that it showed how members and supporters of the party would contribute as low as N500 and based on the proposal it could amount to N10bn minimum for the party
His words: “Basically it is the constitutional right of the individual and members of the party, not just party officers, left alone ranking party official like myself to raise funds for the party when necessary.
Article 9(3vii)Members Obligations: members are obliged to participate in the activities of the party e.g: Election campaigns, rallies, fund rasing functions and meetings.
“The issue of fund raising for political parties if you go to section 87 of the Electoral Act 2022. The law also makes it explicitly that individuals, the candidates and the party can engage in fund raising.
“The constitution of the labour party empowers the National Youth Leader to be in charge of the youth mobilisation. The law says, the National Youth Leader of the party shall initiate and implement strategic programme and policies to endear Labour Party to the youths of this country. Part of those programmes towards implementation is funds raising.
Eragbe further explained how he had used his personal resources to fund all his initiatives, which he said have yielded billions of naira for the party today.
He explained: “As the National Youth Leader for the party, I designed a fund raising programme for national mobilisation.
“I have done all of this personally from my pocket. The party has not given me a dime. I wrote a proposal of N12.3m sometimes in June to the chairman, as I speak with you, that proposal is still on his table and has not been attended to.
“I designed the entire package and process to solicit the support of well meaning Nigerians and I was able to get people who believe in what I have designed to support the party. That estimate was about N10b. I have approval for those N10b and I have taken the chairman of Labour Party, Barr Julius Abure, to such persons who have agreed to support our course, not once, not twice, not thrice.
“What is the issue here? I am now an outcast for the initiative that I developed?
On the issue of suspension, the National Chairman was wrong even if it was within his power to make reference to the Disciplinary Committee in the case of any official breach.
He said: “The National Chairman brought up five allegations against me and referred them to the Disciplinary Committee and I met them on the 17th and the National Chairman approved the Committee report which I have not seen. He went further to ratify the committee’s report which I have not even set my eyes on.
“But the laws says you cannot remove a ranking officer like me or like himself. Article 17 (ii) of the Labour Party Constitution reads: “Any other National (s) officer of the party may be removed by 2/3 of majority of the votes cast by members at a convention or National Executive Council, NEC.
“All that the National Chairman ought to do was to have referred the report of the Committee to the National Executive Committee of the party or to be called and whatever the committee recommended, I will be there to defend in case there are issues I have to defend. Let NEC be called. That report I don’t even have it. It’s my right. All the issues raised are unfounded, he said
He has demanded that the National Chairman withdraws his suspension with immediate effect