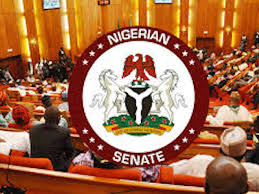 The Senate Committee on Works has threatened to give zero allocation Council to the Council for Regulation of Engineering in Nigeria (COREN) in the 2023 fiscal year
This was happening as the panel headed by Senator Adamu Aleiro
also threatened to remove the professional body from benefiting from the annual federal budget as members perceived the organisation as conduict pipe through which government money is being siphoned.

Trouble started when the Registrar of COREN Engr. Ademola Bello was asked to defend how the 2022 budget allocation was utilised as well as the achievements of COREN in the year under review but failed the expectations of the lawmakers who are members of the Works Committee.

Engr. Bello had told the committee that his organisation is tackling the menace of incessant building collapse across the country and that investigations conducted so far on collapsed buildings including that of 21 storey building in Lekki in Lagos state have shown that some COREN members are culpable.
He said the names of those involved in the professional misconduct would soon be forwarded to the Inspector General of Police for prosecution.

Engr. Bello also explained that COREN was given a sum of N2.4 billion for 2022 fiscal year as it has expended whooping N1.2 billion to organise Annual Conference.

He also told the committee members that the personnel cost in 2023 budget was increased by N200 million because COREN is planning to have its offices in 36 states of the federation in 2023.

When he was asked by the committee chairman Senator Aliero how much COREN remitted to the federation account, Engr Bello’s answer was N45 million.
The lawmakers were not happy about the poor remittance and the COREN officials were later directed to produce evidence of remittance to the federation accounts among others.
However a member of the committee, Senator George Sekibo said there is no justification to continue to place COREN under federal budget as it can stand alone as a professional body like Nigeria Bar Association (NBA), Nigeria Medical Association (NMA) , as well as other professional bodies.

He asked rhetoriclly “How can COREN spent about N1.2 billion naira on annual conference only to remit paltry N45 million into the federation accounts.
?Government is in need of money to provide infrastructures to Nigerians . COREN should be made to stand as a professional body and stay out of money from the government”. Senator Sekibo said

The chairman of Works Committee therefore suspended further consideration of COREN’s budget and directed its Registrar to provide evidence of remittances to the federation accounts.