2023: Jigawa PDP raises the alarm over destruction of campaign billboards 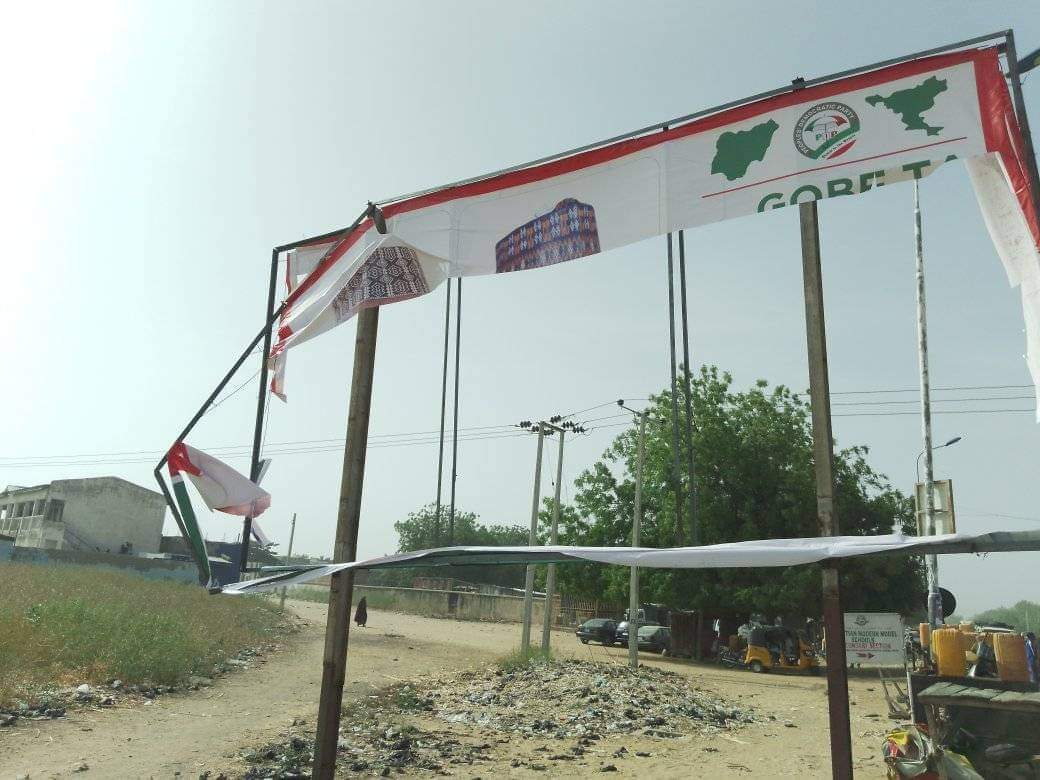 The Peoples Democratic Party, PDP, Gubernatorial Campaign Directorate in Jigawa State has raised the alarm over the destruction and pulling down of its campaign billboards in Hadejia Local Government Council of the state.

The party described the resort to destruction of billboards as primitive and dastardly as it alleged that thugs loyal to the ruling All Progressives Congress (APC) perpetrated the act.
It also challenged the security agencies to wake up to their responsibilities and ensure that perpetrators are punished.
In a statement which was issued by Deputy Director, Media and Publicity, Santuraki Campaign Directorate, Umar Kyari Jitau Madamuwa, the party reminded all political parties contesting elections in Jigawa and other States that “peace accord which was signed by all still remain valid.”

Part of the statement reads: “We want to remind APC and its leadership in the State that the recent peace accord signed by political parties and their presidential candidates in Abuja which they also attended is binding on all parties and their members.

“The destruction of billboards, posters and banners is against the new 2022 Electoral Act and is also a crime against the freedom of expression as enshrined in the constitution of the Federal Republic of Nigeria 1999 as amended.

“It is also morally unjustifiable as this is not a true reflection of an acceptable democratic tenet.

“APC in Jigawa State from the realities on the ground has lost all hopes and the reason why it is finding it difficult to commence writing its handing over note.”

The statement it was at a lost as to the provocation that led to the destruction of billboards at a time when the presidential candidate of the party, Alhaji Atiku Abubakar and the gubernatorial flagbearer in the State, Alhaji Mustapha Lamido visited Hadejia.

While calling on supporters of PDP to remain calm and be law abiding, the party said, necessary steps are being taken to forestall a repeat of mass destruction of its billboards in the future.

The party asked the APC leaders to caution their supporters to have a change of attitude by refraining from destroying billboards of other political parties in the State, stressing that ‘political campaign’ was not a declaration for war.