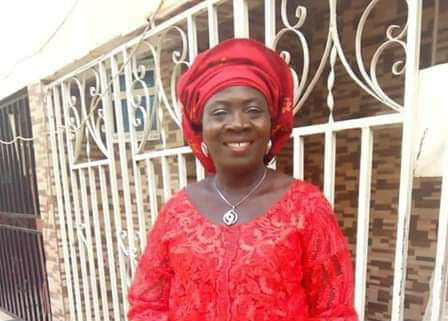 The family of the Peoples Democratic Party (PDP) Women Leader, Salome Acheju Abu who was burnt alive at Ochadamu are now seeking for destiny helpers to redeem them from the Internally Displaced Person’s (IDP) condition situation they have been relegated to.
The incident which was a post election violence took place on 18th November 2019, barely 3 days after the Kogi Governorship election when Late Mrs Abuh was burnt alive in the family house in Ochadamu, Ofu Local Government Area of the state, when the assailants razed down five houses

Elder Abu in a statement in Abuja which was made available to the National update stated that,
“On 18/11/2019, at Ochadamu, my wife Salome Acheju Abuh was burnt alive for hardwork and loyalty to her Party. Four of our houses in the same compound were burnt down with her. We are 3 years today down the line in IDP situation.
“As we mourn her in remembrance today, who may bring up our matter to the ears of destiny helpers please? Let this be our S.O.S. message through this platform. Our family members are still in IDP situation these 3 years and counting.”
In the previous year’s remembrance for which he held a press conference he had demanded adequate compensation for her murder and her right to life.
He had also called on the government and well-meaning Nigerians to treat his family’s homelessness as an emergency.
Mr Abuh said that after two years no support of any kind had come to them from anyone

The High Court of Justice sitting at Idah in Kogi, had on March 22, sentenced the killer, Ocholi Edicha, to 12 and half years imprisonment having found guilty of all charges.
He said that the court judgment had answered the question of whether the offence was committed but never addressed the plight of the family.
“Some level of truth has been established, punishment is said to have been pronounced, whether is being served or not, only God knows.
“Now, therefore, how shall our homelessness and compensation be addressed?,” he asked.

When stakeholders gather in Abuja for Hybrid coalition against GBVH