Controversy over appointment of CNA: Coalition of NGOs move against those afraid of going through due process 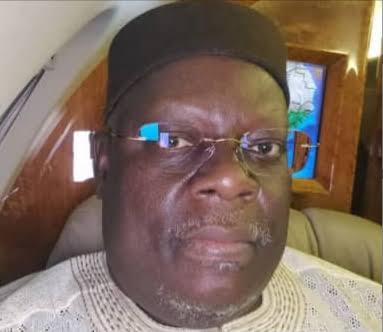 This is coming against the backdrop of sponsored reports that there are moves by some political heavyweights to influence the appointment of a new clerk by the commission.

The current clerk of the National Assembly, Amos Olatunde Ojo, is set to retire but the reports alleged that there are clandestine moves to influence members of the commission to appoint a non-legislative cadre as replacement.
Such appointment, the report said will likely distort the hierarchy within the wider civil service and bring the service to disrepute.

Countering the said report in Abuja on Sunday, the coalition which is made up of, Center for Public Accountability and Transparency, (CAP), Peoples Alliance for Indegenous Rights (PAIR) Society for Peace and Gender Equity (SoCEGE) and Partnership for Good Governance (PGG) issued a statement that was jointly signed by their leaders said the reports were fabricated with no element of truth

The statement was jointly signed by  Okonkwo Emman, Boniface Clement Jovita Jude and Kaujal Awan.
The group also indicated that there were attempts to subvert the process for the appointment of a Clerk of the National Assembly
“The process becomes a feast for conspiracy theories, unsubstantiated allegations, red herring.

“As stakeholders in ensuring good governance, accountability and transparency, we feel obliged to urge the media not to overheat the polity and cook up stories that have no empirical basis.

“The National Assembly Service Commission as we know will always carry out its functions in a credible manner by following due process stated by the Head of service of the Federation giving clearance on pre-retirement leave of a retiring civil servant.”
According to the statement pre-retirement leave as provided for in the Public Service rule 100, 238 stated that “Officers are required to give 3-month notice to retire from service before the effective date of retirement. At the commencement of the 3 months, officers should proceed immediately on the compulsory one-month pre-retirement workshop/ seminar.
“For the remaining 2 months, retiring officers are expected to take necessary measures to put their record straight so as to facilitate the speedy processing of their benefits.
“Going by the provision it is compulsory for the retiring officer to give a notice of 3 months prior to his/her retirement.
“Among other intents, this provision is to enable MDA to arrange a replacement in good time for the officer as provided in the rule and where organized, the retiring officer will attend a one-month pre-retirement seminar/ workshop.
“He/ She is expected in his/her own interest to gather his/her records from various MDAs he/she must have served. Thus, it is to facilitate the process of his retirement benefit.
“It is therefore not out of order if the officer chooses to work in office during the period.
The statement indicated that the CNA, Arc. Amos Olatunde Ojo has already given a notice of 3 months to embark on retirement leave on February14, 2023 in accordance with the rules of the civil service of the Federation.
“We strongly believe that the story flying of “plans to influence members of the commission to appoint” a certain individual is planted by those afraid of going through the process.
“The job of the Clerk to the National Assembly includes: a chief adviser to both the president of the senate and the speaker of the House of Representatives and also, to communicate to all state Houses of Assembly, matters relating to the concurrence of the parliament in the tiers of government in Nigeria.

“So, the idea that only certain categories of staff can perform this duty has no basis in law. It is expected that Anyone who has risen to the levels of director and permanent secretaries should be well abreast of parliamentary operations and should be able to effectively run the office of the CNA.

“If it were, these people building monuments of falsehood and disaffection would have shown where it is stated. The idea being planted that a certain region should be excluded in the appointment is dangerous and against the federal character principle.
“It should be based on seniority, competence and geo political zones and allowed in the interest of national cohesion, establishment effectiveness and inclusion. The National Assembly Service Commission should be well abreast of public service rules.

“The National Assembly Service should be seen to be fair, transparent in interpreting the rules of the commission in discharging its responsibilities

“The Current CNA has worked to ensure promotions are gotten as when due, entitlements paid as at when due, training and retraining of staff, ensuring improved working facilities, Conducive environment, Cordial working relationship with the legislators and plans underway to ensure improved salaries as approved by the salaries and wages commission
“We wish to categorically state that the CNA should be allowed to finish his tenure as stated in the service rules and interpreted by the Head of service whose role in interpreting the National Assembly service age in 2020 cannot be forgotten in a jiffy.

“February 14th, 2023 is by the corner; hence, we call on all hands to be on deck in contributing their quota to see that the Clerk to the National discharges its duty in the interest of the country.