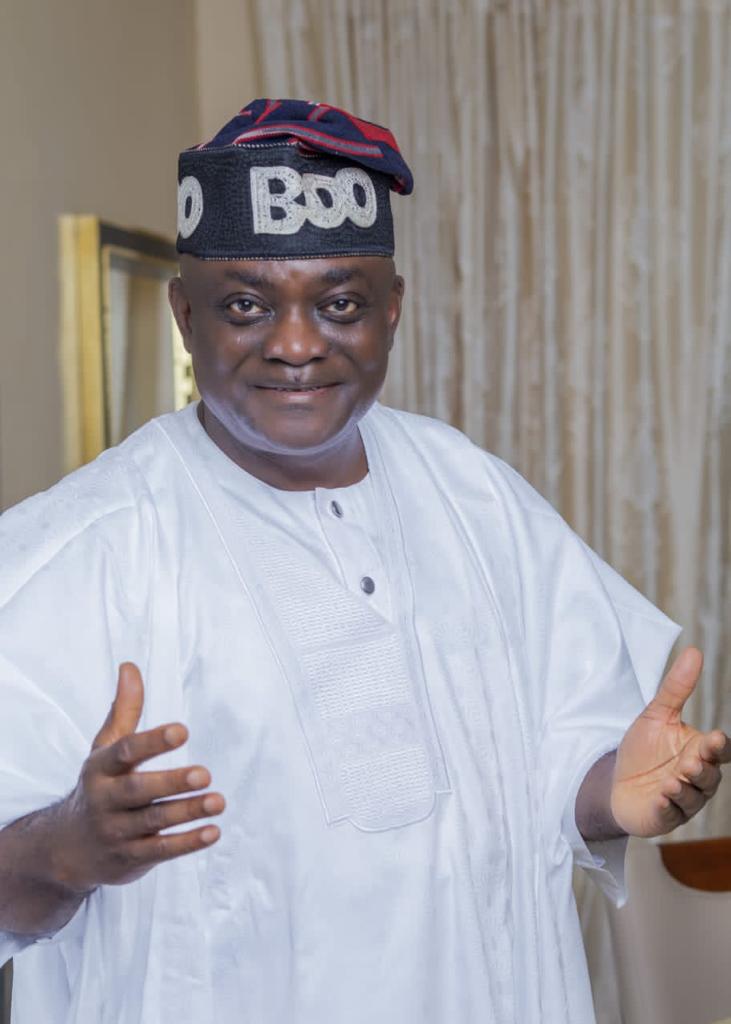 Ahead of the inuauguration of Senator Ademola Adeleke of the Peoples Democratic Party, (PDP), as the Osun State Governor, the member representing Obokun/Oriade Federal Constituency of Osun State, Hon Busayo Oluwole Oke has declared that the Governor-Elect would shock the people of the state and those underrating him with unparalleled good governance

According to him,” To God be glory for giving us another Adeleke in Osun State,
we the PDP members in Osun State are in a very joyous mood. They are very happy and appreciative of what God has done in their lives because we have been in darkness in the last 12 years. We have been out of power in the last 12 years. It has taken the combined efforts of some of us who have the privilege of being in government to support our leader, Dr Deji Adeleke and the party to survive these 12 years. So the entire members across the length of Osun State are very happy. They cannot wait for the 27th of November for His Excellency, Senator Ademola Adelekeke to be sworn in as the governor of Osun State

” Some people are calling dancing Senator, dancing is a way of praising God. as a Christian, you go to psalms. You praise God by singing, dancing and clapping. There is nothing wrong in dancing. Even in the UK, America, dancing is a form of exercise. We are encouraged to go and dance. There are dancing schools. Music schools. It is a trade.

” People do not know Sen Adeleke. He is a successful man. His children are doing well. Adeleleke has been Director of Guinness NIgeria. He has made his mark in businesses, both home and aboard. But because he is humane, he is a very humble person, people do not know. He is a very humble man. When you see a man that is happy, loved by people, and he loves people around him,, that is always joyous, it tells you he is a team player.

“He is a team player. He believes in people. And PDP as a party is imbued with members with huge capacity in all fields. And he is a listening person. He listens to advice and counselling. You can see the outburst of the traditional rulers in his support. So he is a man that would shock people. He is a man who has been underrated by those people who do not know him.

” But we are very close to him and know his capacity. You see when you allow a successful person to govern, he will deliver, because he is not looking for food to eat. In my discussion with him, he has his plans. If you see someone who is talking about education, security, health, agriculture, housing, he knows what he is doing.

” Sen Adeleeuke is not coming to Osun to start building a house, or buy a car. All his children are grown up. So what does he need your money for? What I see is that they want the legacy of their family to be sustained. Because they have done so much for Osun.

“They are not going to take away from you. They are only going to add value. That is why I supported them, because they can add value to me, Better days are back in Osun again, am happy that this is happening in my life time

‘ My advice to the people of the state is to pray for the successful inauguration and to support the governor. You support the governor and behave in a manner that the law permits. Act in a lawful manner. Pay your taxes, support the government and pray for the governor and his team, and that is what we need for Osun to grow. You will see shortly as he mounts leadership, there will be an airport in Osun and then there will betrade, people will be coming in and out. Some of us will go back to Osun and increase our investment in Osun, because he is going to give you a peaceful and enabling environment. And these are the prerequisite requirements for growth and development.

Speaking on the achievements of the Party in the State in the past , Oke said,”
am saying it with all the confidence that the PDP will govern the State successfully again, PDP in Osun State, go and find out what PDP has done in Osun State. There is nothing you can point to in Osun State today that is not done by the Party

“The only thing I would praise Oyetola for is the new university he has just established in my place. The University of Ilesha, because I saw the letter with which NUC gave them approval. But every other thing was done by PDP. The six existing universities of Osun were PDP’s products. Everything go and check out there is nothing to point out to that have been APC achievement in OSun State.

” In the areas of human capital, you cannot point to anything in Osun State. What we have had in Osun State is what we would refer to as policy somersault. Former Governor Aregbesola came, he had good intentions, he is my senior brother. But you know in financial parlance, I would say he over traded in the sense that he had very big ambitions and plans, but not minding the resources available and he put his hand into so many ideas. You know he is a man of ideas and likes implementing his ideas whether they would fail or work.