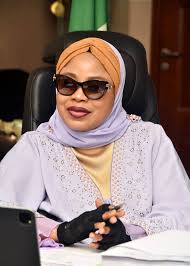 The six Area Councils in the Federal Capital Territory and other stakeholders have received the sum of N3,049,291,338.40 as its share of statutory allocation for the month of October, 2022.
Special Adviser Media to the Minister, Austine Elemue in a statement indicated the FCT Minister of State, Dr. Ramatu Tijjani Aliyu, presided over the 171st Joint Account Allocation Committee (JAAC), meeting held in her office.
The minister who was represented by the FCTA Permanent Secretary, Mr. Olusade Adesola, expressed concern over the seemingly poor sanitation conditions in the satellite towns.
She observed that lack of synergy between the Satellite Towns Development Department and the Area Council Authorities could be responsible for the poor sanitation in the various area councils across the territory.
Aliyu, maintained that there is urgent need for stakeholders to change strategy with a view to achieving the desired result
She, therefore, directed the Satellite Towns Development Department to furnish the area council authorities with the list of cleaning contractors to enable them know the contractors responsible in each area.
However, a breakdown of the figures released during the JAAC meeting indicate that the sum of N766,913,655.48 was made available for distribution to the six area councils, while the sum of N2,282,377,682.92 was made available to other stakeholders, bringing the total sum to N3,049,291,338.40billion.